“We have to look forward, we can’t beat ourselves up” - Limerick's Antoin Power 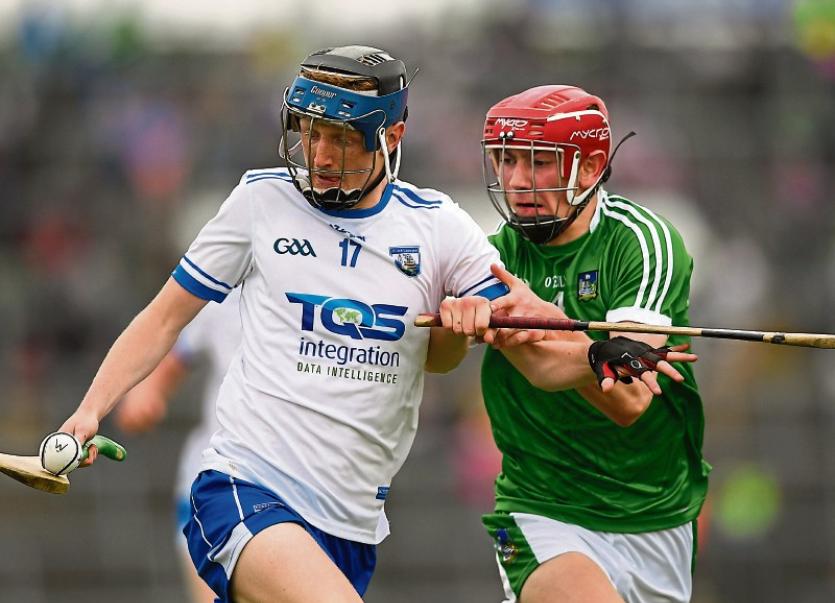 “WE HAVE no room for sentiment we have to pick ourselves back up and recover and go to Ennis next week and get a result, it is as simple as that.”

That was the reaction of Limerick minor hurling manager Antoin Power after his side conceded two 2-1 deep into injury time in their seven-point defeat to Waterford.

“It is hard to take, it is our first defeat of the season so there are a lot of disappointed guys in the dressing room,” he added.

The Deise dominated the majority of this contest but when Cathal O’Neill hit a 43rd minute goal, Limerick were within a single point and the Crecora man stepped up again right on time to level the game at 1-13 to 0-16. However, Power’s men failed to push on and suffered their first defeat of the campaign.

“I thought we were going to finish well there, we drew back level (I thought) we were going to kick on but unfortunately we left a couple of goals in, in injury time, which was the difference in the end but that’s hurling, that’s the way it goes,” the Claughaun man said.

Shooting was an issue for the home side in the Gaelic Grounds with the wides tally hitting double figures in a game where Limerick didn’t show the same energy as they did against Cork last time out.

“We hit some great scores but we hit some poor wides as well,” Power conceded. “But there are positives for next week.

“We have to look forward, we can’t beat ourselves up.”

There is another short turnaround for this minor team as they are back out this Sunday in a do-or-die clash against neighbours Clare, in Ennis.

Again, a curtain raiser to the senior clash between the two counties, should Limerick avoid defeat, they will secure a spot in the Munster final.

While Cusack Park is a notoriously difficult place for visiting teams to go to, Power insists his side have what it takes to bounce back from this defeat and secure a provincial final berth.

“We’ve beaten Cork down in Pairc Ui Chaoimh, we’ve beaten Tipperary here (at the Gaelic Grounds), there’s no reason why we can’t go to Ennis and beat Clare as well,” he said.

“It’s a do or die game now. Next Sunday is a Munster semi-final, it’s knockout now, it’s as simple as that.

“There’s no more second chances, we just have to get on with it.”