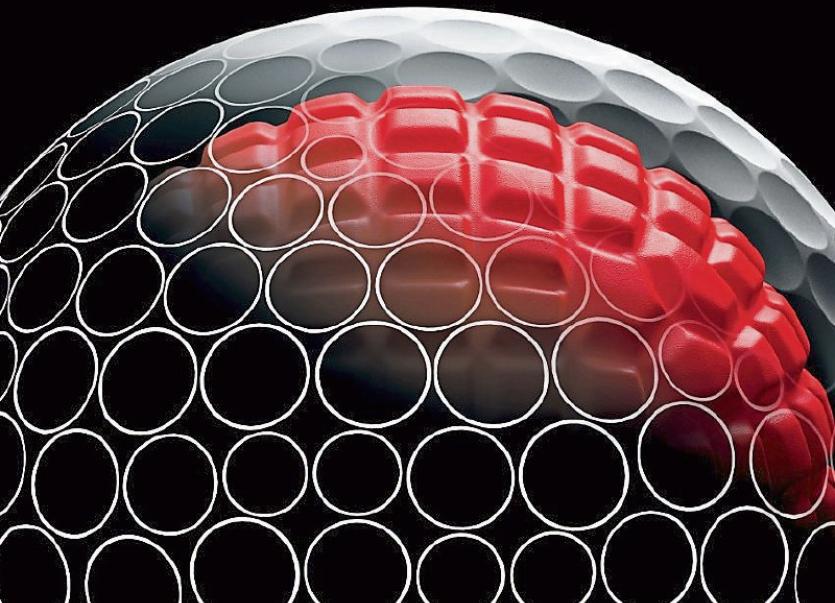 MODERN technology has changed golf. The quality of the strike between club and ball today is not as important as the speed at which the club is moving.

In the past, if players tried to hit the ball really hard, it went all over the place. That is not the case anymore because the ball is built to self-correct during flight and it goes (much) straighter than it (ever) used to.

Super-fit, golfers are free of the pressure of achieving accuracy and are capable of hitting drives of over 350-yards, the length of a decent par-4. All pros are long (they couldn't compete otherwise) In the recent Players Championship at Sawgrass, Webb Simpson, one of the shortest hitters on the PGA Tour, drove the ball over 300-yards on occasions and hit wedge shots of up to 150-yards into greens.

It seems as if the ball was secretly bifurcated to make the pros look better than they really are and place the rest at a disadvantage because we are unable to swing the club at the cut off speed of 113-mph that provides a turbo boost in extra distance that is out of proportion with those who swing at say, 111-mph and less (far less).

The distance that the modern golf ball flies helps the long hitting elite players immensely, but it does not help the shorter-hitting average golfer in the slightest.

If the ball was rolled back and made to spin more instead of less, the longest hitters would still be the longest, but they would have to play with more control. Golf courses would be saved from continual lengthening.

In the past, long hitters had to factor in risk/reward factors as the ball wasn't as stable and big hitting came with less control. Now, it seems, the harder you hit it the straighter the ball seems to go. Short straight hitting should have its place. Length receives a disproportionate reward.

Only 30-years ago, in 1988, the top 10 players on the money list were collectively straighter than they were long. The leading money winner, Curtis Strange, hit 77% of fairways, while ranking 142nd in driving distance with an average of 258-yards.

That length would rank dead last today. Long and wide off the tee beats short and straight far too often these days. So far in 2018, there are 143 players on the PGA Tour who have hit the fairway more often than Justin Thomas but, he is the world's number 1 ranked player. It is not the way golf was originally intended to be played, I'm sure. Distance is a now a significantly bigger advantage than it ever used to be and the increasing disparity between long and short hitters is a serious threat to cost and sustainability.

The change in priority from hitting it straight to hitting it long will, I'm convinced, damage the game beyond repair if it is allowed to continue unfettered and the R&A's bi-word phrase - 'doing good by golf' - will become an obsolete joke.

Health and safety is an issue that increasingly exercises people. Putting safety first is a priority in many walks of life.

Many golf clubs have justifiable concerns regarding external boundaries that are too close to fairways and greens, resulting in conflict with third parties. The increasing length that the golf ball flies is clearly a health and safety time bomb.

We have the big-hitters on one side and the rest of us on the other and it is almost impossible to have both groupings playing on the same course without making compromises that hurt one or the other. There has always been "progress" in golfing equipment and there probably always will be. We just need to discriminate between the good developments and the bad ones. Good developments include: mass-produced gutta-percha balls replacing horrifically expensive featheries; uncuttable Surlyn-covered golf balls; cheaper mass-produced steel shafts replacing expensive and finite hickory; Metal heads replacing persimmon.

All of these advances were 'good' because they made the game cheaper and more accessible. Then there are things that have made golf more expensive, and less accessible: graphite shafts; titanium club heads; urethane-covered, aerodynamically-engineered balls and slow play.

One simple suggestion could achieve a lot: limit the length of golf tees. If tee length was limited, by rule to, say 1-inch, it would not make it that much harder for the average golfer to achieve his usual 'best drive' of 225-yards.

Judging by how far tour pros can hit a 13-degree fairway metal, it wouldn't stop them from hitting 280/290-yards. But, it would make it 'almost impossible' to hit the ball 350-yards. A shorter tee would force a radical rethink on driver design and its performance too.

Surely, with the science that is available today, there is a way of dealing with the modern ball? When club head speed at impact goes above 112mph - the flight of the ball could become progressively more difficult to control.

That would make the game more difficult for the elites but have zero effect on others. Is that not the way that it should be? After all, 99% of the golfing population are 'hackers' while 'elites' total 1% - why should technological developments favour the minority at the expense of the majority?

Golf is the only game that can be made better by turning the clock back by over 100-years. In golf, going backwards would be progress -