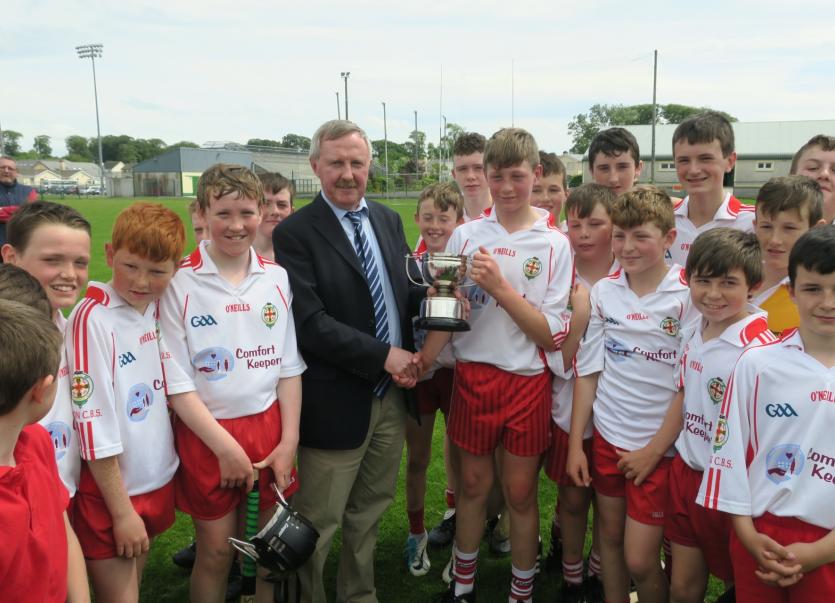 The Limerick Leader schools hurling cup finals day takes place tomorrow in Rathkeale.  Since the competition was revived in 1996 after a lapse of over 20 years, the Limerick Leader Cup is the most prestigious title that any primary school in Limerick can aspire to win.

The 1996 final was won by Kilmallock BNS who were powered to victory by a fifth class pupil, Andrew O Shaughnessy, who went on to win an All Star award as well as two All Ireland Under 21 medals to name but some of the honours he gleaned in a short career.

Last year, the boys of Kilmallock were in another final but were  pipped by Doon CBS in a closely- contested final. Doon CBS thus completed a famous three in a row.

Doon CBS will fly the flag for the East again this year following a hard-fought victory versus Lisnagry NS in the East decider. With an unprecedented four-in a row in prospect, Doon CBS will be determined to hold on to their crown. Ballybrown NS are City champions, having retained the famed Olo Cup while Bruree NS represent South Limerick. Bruree NS won the title in 1997, when they defeated Doon CBS in a thrilling replay.