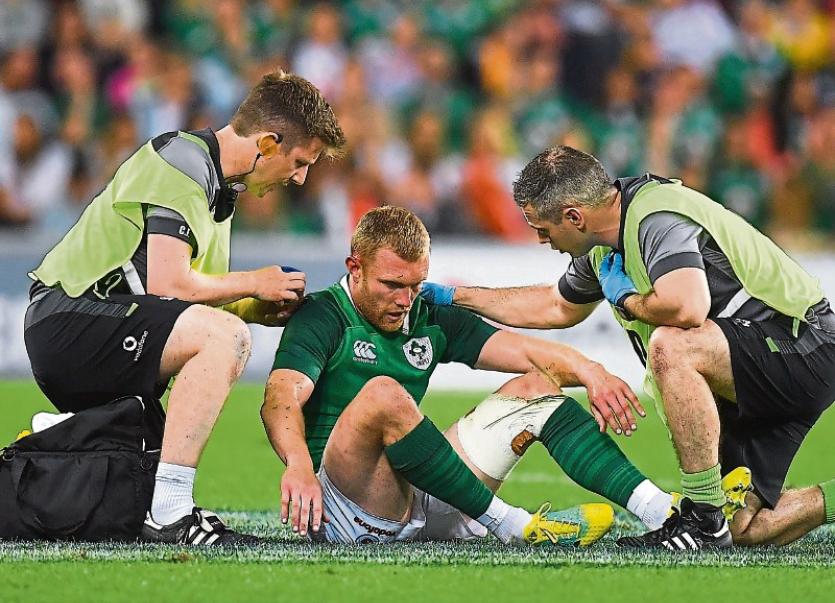 MUNSTER winger Keith Earls is following ‘graduated return-to-play’ protocols following his early departure from the field during Ireland’s first test with Australia in Brisbane on Saturday.

Earls was removed from the pitch for a HIA in the 25th minute of the game after copping an elbow from opposing wing Dane Haylett-Petty while challenging for a high ball in the air.

The Ireland squad arrived into Melbourne on Sunday evening after a short flight from Brisbane.

Ireland face the Wallabies in the second match in the three-test series this Saturday, 11.05am Irish time.