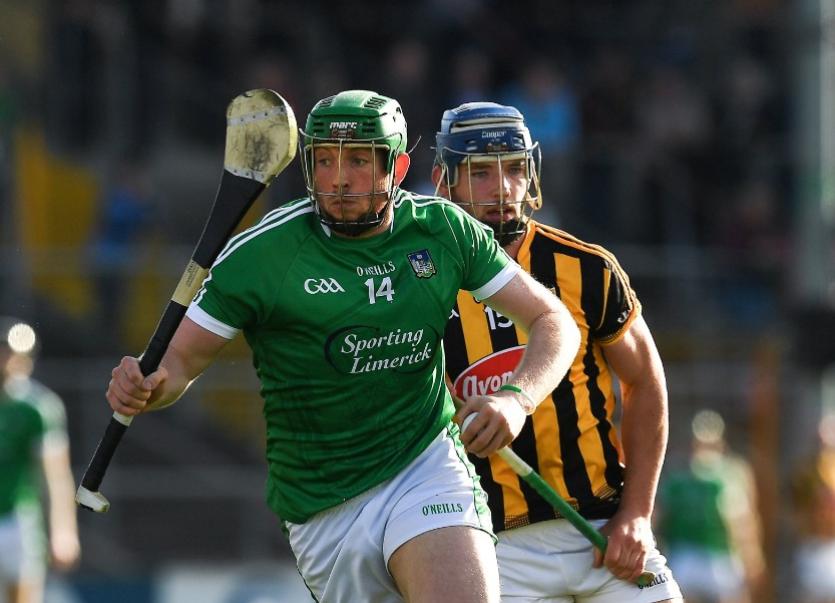 SHANE Dowling is back in the Limerick senior hurling team - his first start since July 1, 2017.

The 2014 All Star comes into the team at full forward in place of the suspended Aaron Gillane, who received just a one match ban for his red card in last Saturday evening's draw with Cork so will be eligible to return in the final round game with Clare in Ennis on June 17.

The introduction of Dowling is the only change in the team to place Waterford this Sunday (2.00) in Limerick's third game of the Munster SHC.

Only time will tell if Shane Dowling assumes the free-taking role. Tom Morrissey took over from Gillane for over 45-minutes of the draw with Cork last Saturday and had a 100% strike rate from five frees - he also scored four points from play.

Sunday will be Limerick's 13th game of the season - Dowling missed the Munster and Allianz Hurling League campaigns due to Na Piarsaigh's run to the All Ireland club SHC final and then was overlooked for the opening two games of the Munster SHC - he wasn't among the used substitutes in the Tipperary or Cork games either.

Elsewhere, manager John Kiely and his backroom team have named an unchanged side from the one which started in Pairc Ui Chaoimh. Captain Declan Hannon is selected at centre back - he was forced off after six minutes of the Cork draw, which this Tuesday manager John Kiely explained was because of a tummy bug.

With Dowling moving from the substitutes bench into the starting team, Barry Nash makes his first appearance of the championship in a matchday panel.

Victory over Waterford on Sunday - their first championship match against Limerick in the Gaelic Grounds since 1929 - will ensure Limerick advance in the championship to at least an All Ireland preliminary quarter final on July 7/8 against the Joe McDonagh Cup winners.

Victory for Limerick over Waterford and Tipperary over Clare, will confirm Limerick's place in the July 1 Munster SHC final.

A Limerick draw or defeat this Sunday will mean, a positive result could be needed against Clare on June 17.