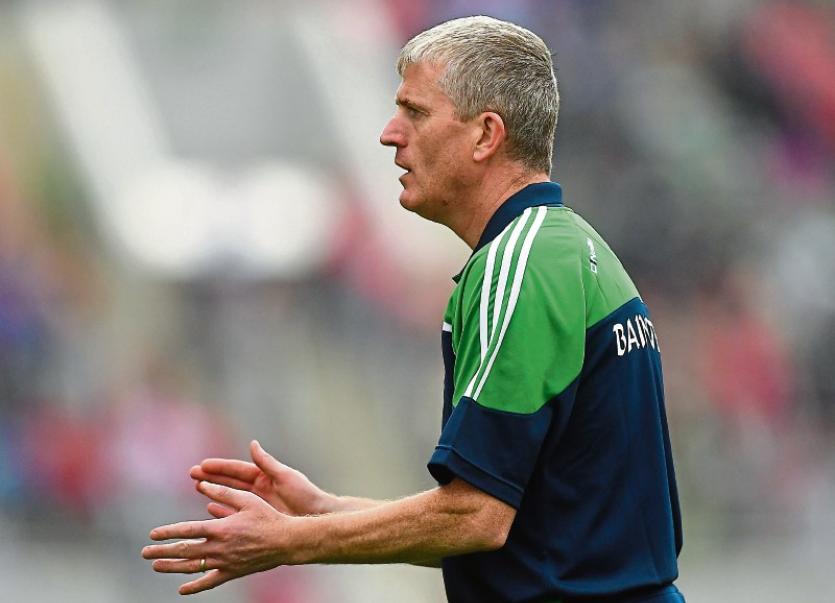 JOHN Kiely takes his seat for his pre-match media briefing ahead of Sunday’s Munster SHC round three tie with Waterford.

Over his head in the newly redecorated VIP dining area under the Mackey Stand in the Gaelic Grounds is a picture of Limerick’s 1934 All Ireland winning team.

Limerick beat Waterford in that year’s Munster final in the Cork Athletic Grounds. There is no title on the line in the Gaelic Grounds on Sunday (2pm) but the prize is big nonetheless.

“It has the makings of a great game and there is an awful lot at stake,” said John Kiely.

“At the moment we are simply looking to get enough points on the board to get out of the group and this nonsense talk of contenders is nonsense in my view.”

“For us it’s full focus on Sunday and try and put in the best performance we can and looking beyond Sunday evening is poppycock. Anything is possible in this championship as we have seen. It’s unpredictable - very unpredictable,” stressed the Galbally man.

“We want to give ourselves every chance to come out of the group.”

John Kiely and his Waterford counterpart Derek McGrath were in UCC together and last Sunday the Limerick manager was present in the Gaelic Grounds to see Waterford kick-start their championship ambitions.

“They were written off by certain quarters - I wouldn’t have written them off, in fact I would have fancied them to put in a really strong performance,” said Kiely.

“We know from the U-21 grades the quality of the players they have had coming through for the last number of years so I wasn’t surprised that they put themselves in the position that they did.”

He added: “They didn’t get to the All Ireland final by accident last year - they were there on merit and had they not being missing one or two players through suspension and injury I think it would have been even closer than it was.”

“They are a top class side and coming into next Sunday we will be treating them with the utmost seriousness.”

“Obviously I came to watch the game on Sunday and there was a difference in the way they set up last Sunday and how they were last year and in previous years. At the same time they had a number of players that didn’t go too far forward - they minded the house.

"They are a difficult team to break down - Tipperary found that out. They are defensively strong and have lot of speed and pace up front with these younger lads. They are a formidable unit and we will have to work really hard to try and find chinks in their armoury,” outlined Kiely.

“If you were a betting man, you are not going to go too far down the handicap for this one. Matches have been very very close - they have ebbed and flowed and there have been lots of teams building up leads and losing leads. Games take on a life of their own and five minutes seemed to be awful long time in these games and most are 75-80 minutes now.”

“You prepare as best you can, give it your best shot and see where it takes you after that. We plough on and go again. All our focus has shifted from last Saturday to next Sunday. Saturday is history and it’s all about next Sunday,” he said at Tuesday evening’s media briefing.

“I am not paying an awful lot of heed to the wear and tear of it to be honest. We have 36 players fit to play tonight. If you want to make it a problem, it’s a problem but for us it’s all about getting on with it and enjoying the competition and enjoying training, the occasions in matches and making the most of it. It’ better than coming to training here for two or three weeks in a row waiting for a game to come down the tracks.”

Kiely was also full of praise for the Limerick supporters.

“Our support has been fantastic - we had a huge crowd with us in Cork last week and they were vital and at vital times in the game they were really rallying behind the team and that was fantastic. All these games go down to the last 10-15 minutes and it can be great to have support to drive you on and drag the last bit of energy out of the players.”