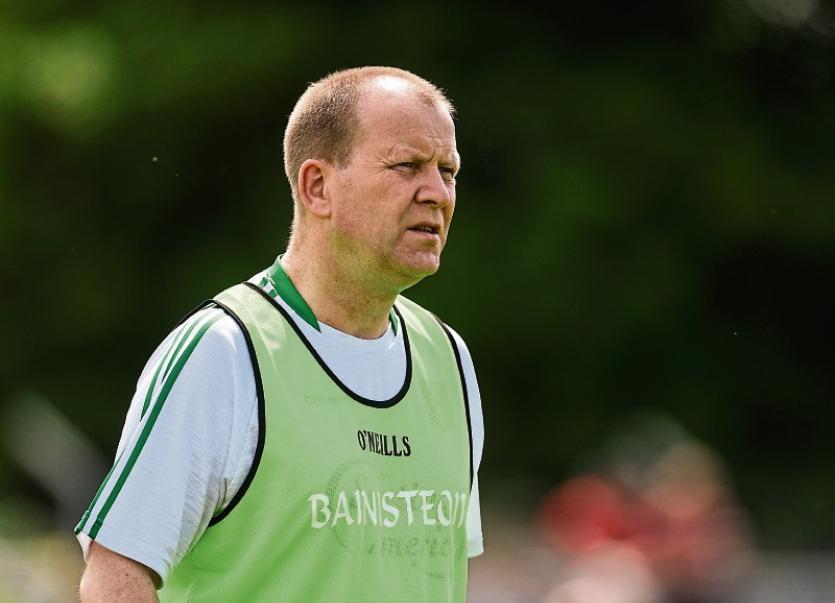 Last season’s All Ireland SFC beaten finalists come to the Gaelic Grounds on Saturday June 9 at 6.00. The game will not be on TV.

It will be another double weekend of action at the Ennis Road venue with Limerick playing Waterford in the Munster SHC and MHC on Sunday June 10 at 2pm and 12noon respectively.

The Limerick footballers are looking for just a second championship win in four years but the obstacle couldn't be much bigger than the 1/50 favourites from Connacht,

“It’s a difficult assignment – based on the 2018 championship standings we are playing the second best team in the country,” accepted Limerick manager Billy Lee.

Mayo were pulled out first in the draw but Limerick secured home advantage due to their Division Four Allianz League status.

“There were lots of quality teams in the draw and you can't control the draw only see how it unfolds. Everyone looks for a home draw in the qualifiers and that's a given.”

The men in green and red are no strangers to Limerick – they were in the Gaelic Grounds last season – they beat Cork in a qualifier game. They were also in the Limerick venue in 2014 for their All Ireland SFC semi final replay with Kerry.

Mayo are managed by Stephen Rochford and include among their coaches Donie Buckley. The Kerryman was coach to the Limerick senior footballers under Mickey Ned O’Sullivan’s management 2006-2010.

The Saturday June 9 tie will be the first championship meeting of the sides since 2002 when Mayo were 0-13 to 1-9 winners over Liam Kearns’ Limerick in Hyde Park in Roscommon.

Newcastle West had been mooted as a possible venue by former county player Pa Ranahan, who is the current Limerick Football Development Officer.

Lee said he has no issue with the venue decision.

“People were asking the question alright but I believe the rules and governance from Croke Park has certain stipulations. There would have a certain number of season ticket holders and carry such a big crowd that you would have to have the capability to ensure that it has the capacity to hold it. Everyone might think about Newcastle but there are reasons why and they are very genuine reasons why it’s not there. We have to be practical about these things and have a realisation.”

Lee added: “People might say it’s the County Board or Croke Park but that has nothing to do with it – it’s the practicalities that there isn’t a venue outside of the Gaelic Grounds that can hold it, given the potential for what Mayo have as a support”.

Mayo had a number of injury concerns in preparation for their Connacht SFC loss to Galway in Castlebar but it appears Lee Keegan will be back fig to face Limerick.

“We have just got to focus on ourselves – our own performance and how we can get the maximum out of the boys and see where that takes us,” said Billy Lee of the Mayo qualifier.

“The application of the boys is really positive and we will strive for more and that’s the way it should be. We will focus on ourselves because that’s the most important thing for us right now. We will look forward to two weeks training and be ready to give the best performance that we can and see where it lands us,” outlined Lee.

The Limerick manager is looking to build on positives taken from the Munster SFC loss to Clare.

“We had a slow start and then in the 48th minute it was 1-9 to 0-9 so for the 25-30 minutes in the lead up to the 48th minute we had been really competitive and you could argue dominating the game after we had given them an eight point start. Then we seemed to falter from that point to the final whistle,” he recalled.

The manager reports a clean bill of health.

“Thankfully we have no knocks or no one unavailable since the Clare game and that’s a positive. Hopefully Seamus (O’Carroll) will be back to provide us with an option and Iain (Corbett) will come back into the fray with a training for a couple of weeks.”

Limerick are without a Munster SFC win since 2012 and have beaten just Antrim (2016) over the last three years of the qualifiers.

Tyrone in 2015 was the last time that Limerick faced high profile opposition in the qualifiers.