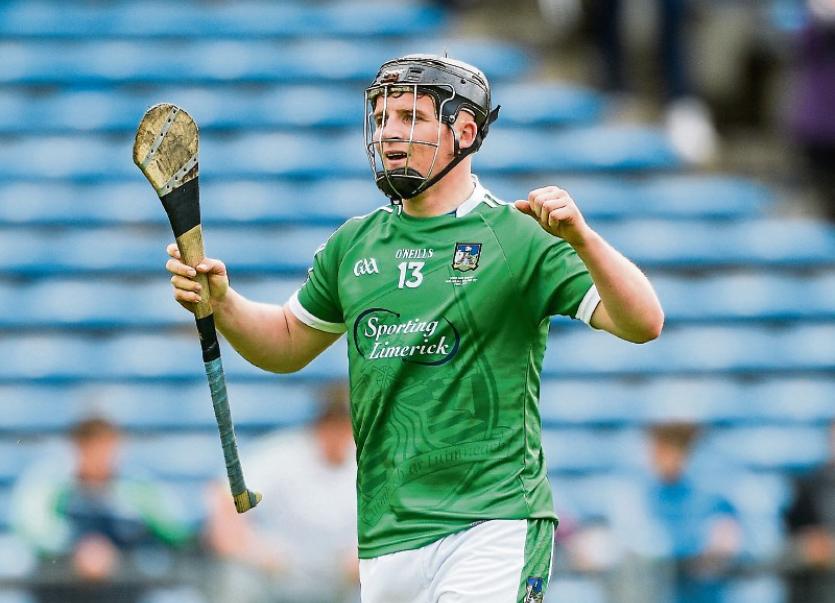 PETER Casey is back in training with the Limerick senior hurlers after a lengthy lay-off through injury.

However, Limerick manager John Kiely has confirmed that the star Na Piarsaigh player won't be match fit to be involved this Saturday in Pairc Ui Chaoimh against Cork.

Aside from Casey, Kiely and his management will select from a full strength panel with Tom Morrissey and Seamus Hickey shaking off knocks picked up in the round one win over Tipperary.

"Peter returned to training since the weekend and last week and it's great to get him back and he has a lot of work to do but the most important thing was to get him back training because he is a fantastic talent and a great player. He hasn't training for a long while now so he has a lot of work to get back," said John Kiely this Monday evening at the Limerick hurling media event in the Gaelic Grounds.

"He needs at least two weeks training," said the manager.

Casey hasn’t played since the March 24 replay of the All Ireland club SHC final, missing his club and county U-21 and senior championship games over the last two months.

"Tom Morrissey got a knock to his shin bone against Tipperary but that has cleared up fully. Seamus Hickey had a slight injury to his hamstring and he done some rehab last week and is back training," outlined Kiely.

The Limerick team will be announced after training on Thursday evening.

Limerick bid to maintain the only 100% record in the new-look Munster SHC this Saturday evening when they play a first game in the redeveloped Pairc Ui Chaoimh.

While John Kiely’s Limerick have had 13 days to prepare for the Leeside battle, Cork have just a six day turnaround from Sunday’s draw with Tipperary in Thurles.

Back-to-back championship victories for the first time since 2013 will edge Limerick closer to a place in the knockout stages with two further group games to come over the following two Sundays – Waterford in the Gaelic Grounds on June 10 and Clare in Ennis on June 17.

Limerick don’t report any major injury set-backs but could still opt for one change from the team that beat Tipperary by six points in round one with Na Piarsaigh’s Mike Casey impressing after replacing Seamus Hickey at full back in the course of that Gaelic Grounds win.

Limerick won the last meeting of this sides – the 2017 Allianz Hurling League quarter final in Pairc Ui Rinn and nine of that team are again likely to be in the line-up. Limerick will also be able to call upon the experience of beating Cork in the 2017 Munster U-21 hurling final.

Cork have been installed as the 4/6 favourites while Limerick are priced at 6/4 to be the first ‘away’ team to win in this season’s new-look Munster SHC.

With a free weekend from competitive fare Limerick played in-house training games last Thursday and again on Saturday in preparation for the clash with John Meyler’s Cork, which will be televised live on Sky Sports at 7.00.

While all Limerick attention will be on Saturday evening, there is Munster SHC action in the Gaelic Grounds on Sunday (4pm) when Tipperary play Waterford.