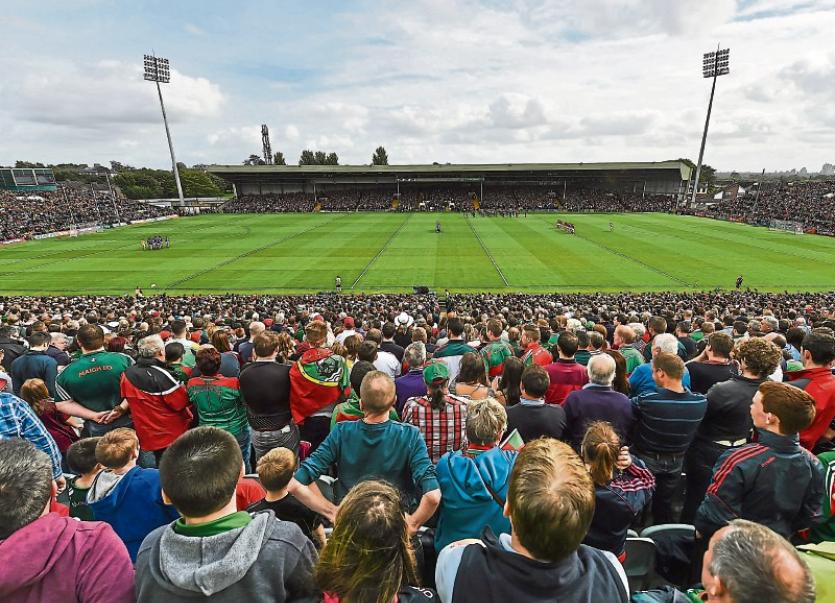 THE Limerick senior footballers have been drawn to play Mayo in round one of the All Ireland SFC Qualifiers.

The game against last year’s beaten All Ireland finalists will take place on Saturday June 9 in the Gaelic Grounds.

It will be the first championship meeting of the sides since 2002 when Mayo were 0-13 to 1-9 winners over Liam Kearns’ Limerick in Hyde Park in Roscommon.

Limerick are without a Munster SFC win since 2012 and last year also failed to win in the round one qualifier – losing to Wexford.

In the 2016 qualifiers Limerick beat Antrim and then lost to Cork.

They also failed to win a championship game in 2015 – losing to Clare and Tyrone.

In 2014, Limerick did beat London and Antrim in the qualifiers before losing to Sligo.

Mayo were in the Gaelic Grounds last season – they beat Cork in a qualifier game. They were also of course in the Limerick venue in 2014 for their All Ireland SFC semi final replay with Kerry.

This Monday morning’s  first round draw involved all of those teams who have been beaten and failed to reach their provincial semi-final. The draw was broadcast live on Morning Ireland on RTE Radio 1 and also carried live on www.gaa.ie

The match venues and times will be 100% confirmed by the CCCC on Tuesday afternoon but where Division Three of Division Four Allianz Football League teams face Division One of Division Two teams, the lower grade side will have home advantage.