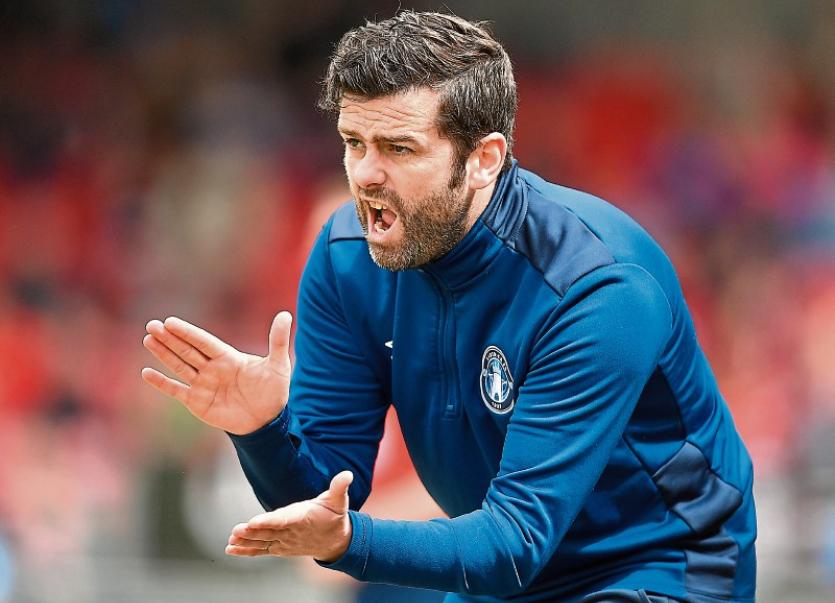 While Limerick FC have a four-day turnaround from Monday night’s Premier League fixture with Cork City ahead of their trip to the Showgrounds, Sligo have six days to prepare for the crucial fixture.

Eighth-placed Sligo were not in action at the start of this week, while ninth-placed Limerick lost 2-0 to Cork City at the Markets Field.

Barrett’s sense of frustration at the fixture scheduling is with the fact that Limerick picked up a couple of more injuries in Monday’s Munster derby.

Limerick have the same number of league points as Sligo, 16. However, the Westerners shade them for eighth spot by virtue of their superior goal difference.

Limerick FC boss’ Tommy Barrett said: “Sligo have an advantage on us on Friday. I don’t know why they are not playing Bohs’ tonight (Monday) in the interests of fairness.

“I don’t understand that one. We are after getting three or four more injuries against Cork as it is.

“We have to deal with the injuries, there is nothing we can do about that, we can’t feel sorry for ourselves. We have to do our best.

“The major disappointment for me is that Sligo and Bohs aren’t playing this week. I don’t understand that one.

“In the interests of fairness, they have to put all the games on if they are going to put four on. Why not put the sixth one on? It doesn’t make any sense to me.

“But we just have to deal with it.

“We picked up more injuries tonight and we could have been resting and we go into the game on Friday.”

“I have no one to rest,” Barrett insisted.

“I don’t have the players, I couldn’t even fill the bench. I had an U-19 that hasn’t been training with us on the bench, Jeff McGowan.

“We are following the guidelines we are given. It is very difficult for the players.

“But, look, the young lads are doing well. We have a good group, we are fighting, we are playing well, playing good football.

“I felt the result was coming the other night in Waterford. I felt we would get something from the Cork game. We matched Cork in a lot of the game.”

Barrett explained that Conor Clifford had a tight hamstring which resulted in him being replaced at half-time against Cork. Barry Maguire, who was originally named in the starting line-up to face the Leesiders, felt his hamstring sore in the warm-up and didn’t start as a result.

Looking ahead to the Sligo game, Barrett said: “Every game is important. It’s three points. Hopefully we can get a result. There are a good side.

“There are no easy games for us, but we will go up there and give it our best shot.

”If we win two or three games on the bounce we are heading past Shamrock Rovers, it is that kind of league.”