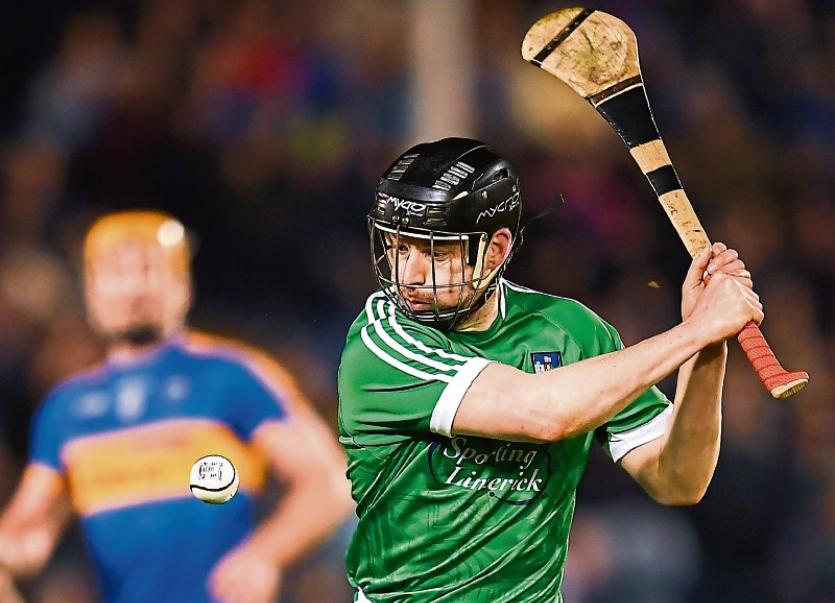 GRAEME Mulcahy is in his 10th season of championship hurling with Limerick.

The Kilmallock man starred in the win over Tipperary with three points from play.

”It’s good to get off to a winning start - with the new format the way it is, if you lose your first game you are under pressure so,” Mulcahy said after the Gaelic Grounds win.

”It was a very physical opening half and while it was disappointing to go in a point down we knew if we were well on top and if we continued to do what we did in the first half that we would be well in the game – I thought we were just that bit better than Tipp on the day,” explained Mulcahy – a Munster U-21 winner in 2011.

Mulcahy’s points came in the first half but Limerick trailed 1-10 to 0-12 at half time.

”At half time we gave away a few stupid frees and the goal was a sucker punch and to cut them out was key. Look at the second half and the boys were under pressure back there and still they cut out frees,” he recalled.

Work-rate and fitness both came in for much praise after the win.

“At this level you can’t afford to relax and give the opposition time to play the ball out of their own half because they will punish you. Testament to Joe O’Connor and Paul Kinnerk and their team to get us to peak at the right time and I think we were all very fresh out there today,” said Mulcahy.

The depth of the Limerick panel was evident when Mulcahy and Tom Morrissey were withdrawn after 54-minutes after scoring three points each from play.

”I was disappointed enough to come off but at the same time I knew Barry Murphy going in was every bit as good as me and it paid off because he got the goal and that was key to pushing on in that last 10-minutes. And we had Pat Ryan, David Mike Casey and David Dempsey coming on and those guys are massive to bring off the bench and every bit as good as the lads out there in the first place,” said the Kilmallock man.

Mulcahy and all involved in Limerick are well aware that one win won’t secure a place in the knockout stages.

”It’s only the first game of four so we have to win the next games to guarantee ourselves to push on. We won’t get too carried away. It was good to get a win but at the same time, we know we now have to go to Cork with the same mentality,” stressed Graeme Mulcahy.