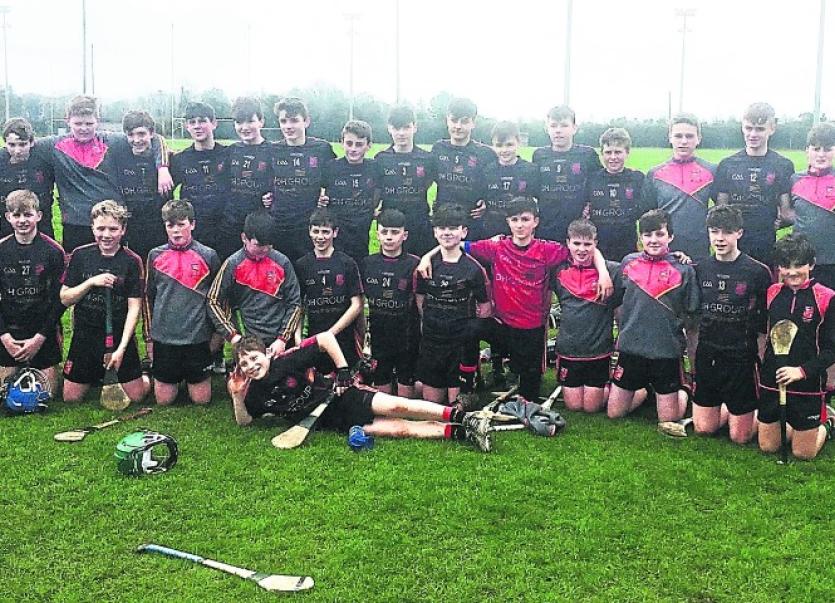 The U-14 hurlers of Ardscoil Ris

ARDSCOIL Ris contest the All Ireland Post Primary Schools U-14 A hurling championship final this Friday.

The Limerick city school play Thurles CBS in the Rice Cup final in Tipperary Town this May 25 at 4.00.

The Rice Cup is for CBS or former CBS schools and celebrates its 75th anniversary this year.

Since 1943, there have been Limerick winners with teams from Doon, Hospital and Charleville, while Ardscoil Ris are two time champions – 2010 and 2016.

The Westcourt Cup (All Ireland Post Primary Schools U-14 B hurling championship) final this Thursday May 24 in Michelstown GAA pitch at 12.30 between Abbey CBS of Tipperary Town and Blackwater CC from Lismore in Waterford.

Abbey CBS have Doon’s Dan Riall in their management and Doon player Colin O’Grady in their panel. Blackwater have Limerick U-21 hurling selector Brian Foley as manager.