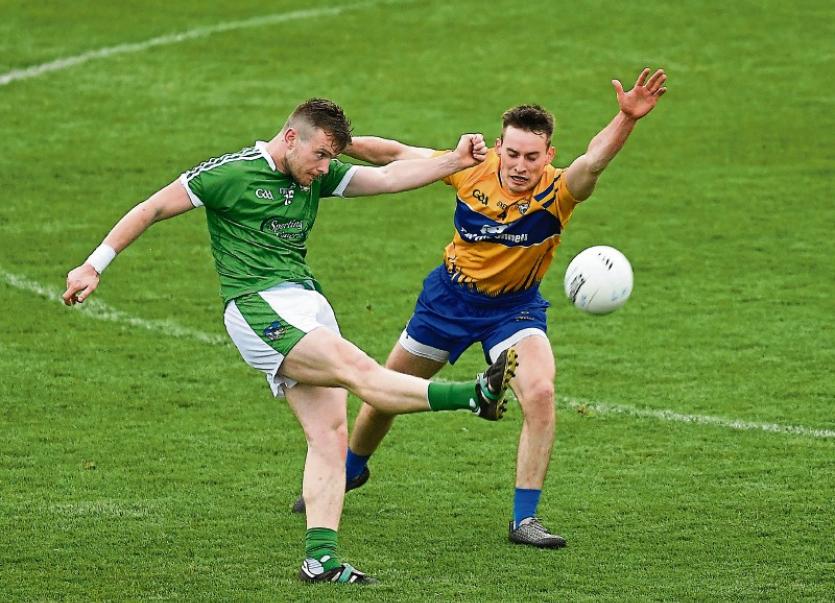 PLENTY “enthusiasm and energy” about the Limerick football performance but not quibbles about the result as Clare eased over the winning line.

Limerick now await the All Ireland SFC Qualifier draw with a game in round one on Saturday June 9. Limerick will be one of 16 teams in the draw with home advantage if drawn against a side that played in Division One or Two in the Allianz Football League.
Already possible opponents are Mayo, Tyrone, Armagh, Cavan, Offaly, Wexford, Waterford, Louth and London.

“I think around 50-minutes there was a score in it - 1-9 to 0-9 and we were happy to that point but with power and stamina and experience I think every time that Clare attacked in that last 20-minutes they scored,” recalled Billy Lee.

“It's documented where we are and I would be happy with what our lads have done - they emptied the tanks and did the best they could. They never flinched and tried to do the best they can. In the end of the day they kicked 14 scores and we only kicked 13 below in Ennis last year and we have five debutantes and so many changes - we have got to look for the positives and find them and they were there because they were full of enthusiasm and energy and from that point of view I would be proud of our lads.”

“We asked them to empty the tank and to find out what the gap is between Division Two and Division Four and I think it’s clear now. Look at the frames of the bodies out on the field - there is a distinct difference both sides and that came through in the last 20-minutes when the mental and physical side of where they are as a team shone through. Our lads kept trying and tagging on points - we didn’t lie down,” he said proudly.

“It’s always disappointing to lose a game but Clare were the better side and there is no excuse for that. It’s as simple as that. They brought fellas off the bench and they added to their scores. They are a good side, an accomplished side at this stage and we knew that. For us it’s about what are we doing well and where can we find improvements. There was plenty there for me to work with and be positive about.”