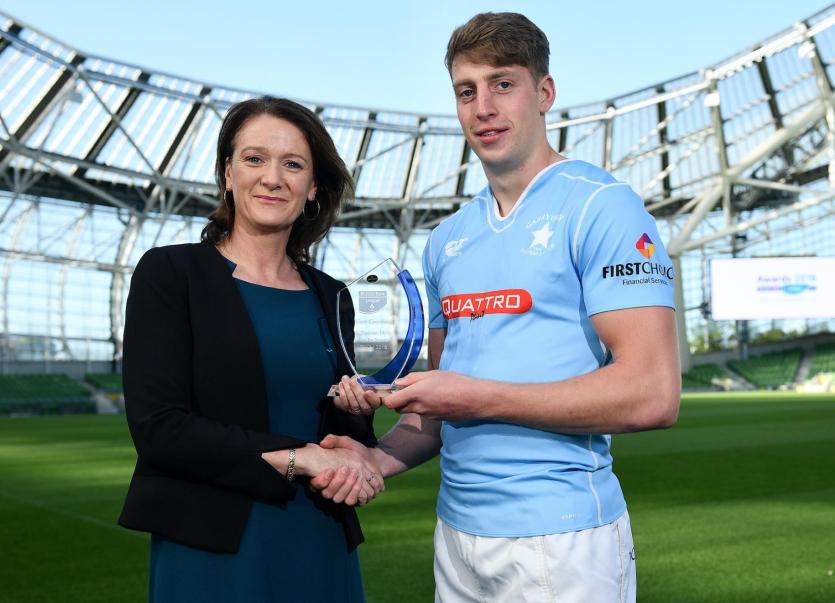 Donn O'Sullivan at the Aviva Stadium

There were four Limerick winners at last night's Ulster Bank League awards 2018. Sixteen awards were presented on the night to honour the efforts of amateur players across all five divisions of Ireland's domestic rugby competition.

Ireland head coach Joe Schmidt was on hand to present the awards, which were held in the President's suite at the Aviva Stadium.

The Limerick winners on the night were as follows. For more on the awards, see Monday's Limerick Leader Newspaper.

Ulster Bank League Division 1A Player of the Year

Ulster Bank League Division 2B Player of the Year