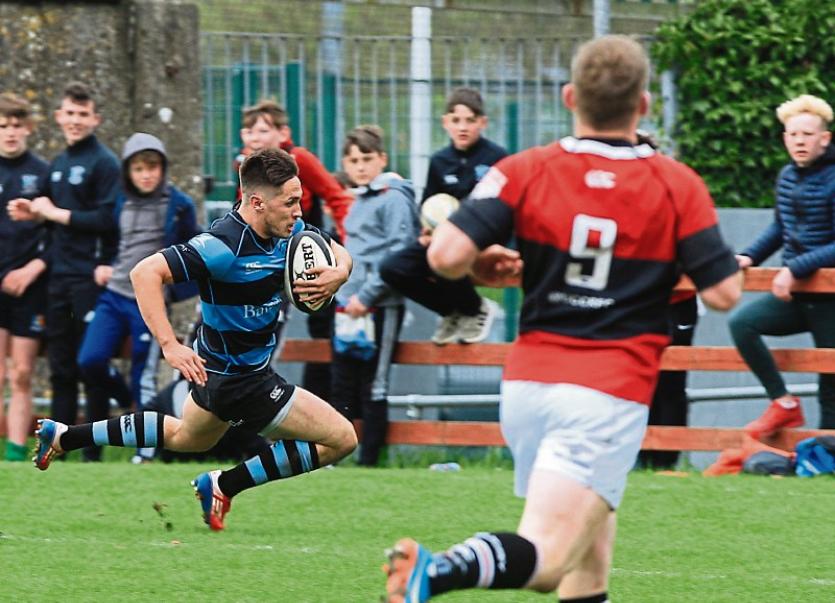 Shannon's Greg O'Shea, included in the Ireland 7s team, pictured scoring a try against UCC in the Ulster Bank League

SHANNON RFC’s Greg O’Shea has been included in the Ireland Men's 7s management team to travel to Moscow for this weekend’s opening round of the Rugby Europe 7s Grand Prix Series.

Winger O’Shea, who helped Shannon RFC win Division 1B of the Ulster Bank League this season, is included in the 13 man squad for this weekend’s tournament.

Ireland were the winners of the event in Moscow last season, and finished second on the overall Grand Prix Series.

Their second-place finish gained them a spot at the World Series Qualifier in Hong Kong, which was held in April this year. Ireland narrowly lost out to eventual tournament winners Japan in the Semi-Final. The Grand Prix Series will again serve as the entry route to next year’s World Series Qualifier.

Ireland are drawn in Pool B for Moscow, along with Germany, Portugal and Poland.

After Moscow, Ireland will compete at the World Sevens Series events in London (June 2 and 3) and Paris (June 9 and 10) as the invitational side.

The final round of the Rugby Europe Grand Prix takes place in Poland on September 8 and 9.