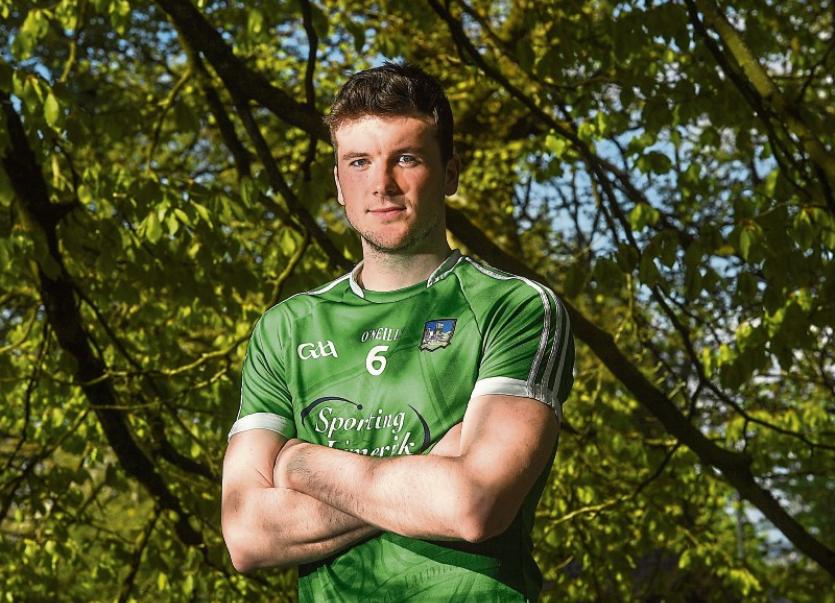 Declan Hannon at the launch of the Munster SHC

LIMERICK were eight points down at half time and appeared destined for another year outside of the top flight in the Allianz Hurling League.

Limerick were in the backyard of the All Ireland champions and were run ragged in Pearse Stadium and in front of the live television cameras of TG4.

Manager John Kiely has spoken how of making up to three changes in personnel was an option at half time but instead they opted for status quo.

The players repaid that confidence in what was a landmark victory to end an eight year stay in the second division of the league.

Captain Declan Hannon is eight years on the panel.

“John (Kiely) has a massive trust in everybody and if he is giving a jersey to someone he is expecting them to repay his faith by doing the job they are expected to do. Maybe it was something that we were lacking in Limerick for a while - confidence was down around our ankles and we just needed a result and we couldn’t get it and then it was weighing on our shoulders,” explained Hannon.

“There was finally progression - we had struggled to get out Division 1B for the last five, six, seven years and to finally do that was a weight off our shoulders, if nothing else. And, the way we did it - above in Galway, was even nicer. Against the All Ireland champions, who had competed at the business end of the championship year-in-year-out. That gave us a good confidence boost and gave us a platform to build upon for the championship,” outlined Hannon.

“Half time in the Galway game is so clear in my mind that there was cool calm in the dressing room, whereas in years gone by there could have been choice words. It was literally lads we need to go back to doing what we had been doing in the other games.”

Hannon added: “This year the boys in management have been so positive and even when things are going wrong they manage to be positive and tell us to stick with what we said before the game and when we do that we get results”.

In Galway, Limerick didn’t lead until the 67th minute.

“Leave everything on the field and then you can come off and say we couldn’t have done anymore. That is something this Limerick team has done this year - we have left everything on the field. This year we set out at the start of the year to be different to years gone by - if we went in the same as previous years we would get the same results and probably be talking about why we were still in 1B,” said the Adare man.

So what has changed?

“More of a cut about us - to be honest, training has been great for the last couple of years and preparation but more of a fire in our bellies or more of a desire to get a win,” said the captain of Limerick in 2018.

“There is a massive difference in maturity levels - even from last year. That comes with time - there is a stage when it’s your first year or second year on the panel and you think this is great to be playing for Limerick and going to Thurles on the bus and that wears off fairly quickly when you go out and get a bit of a beating. You have to say that it is not good enough to be just pulling on a jersey, you have to go out there and work as hard as you can and do your job for the team and panel,” stressed Hannon.

”Its amazing the effect it has on people - some will watch the match and think nothing more of it but it’s the next week and the next days and the next couple of weeks when you are down in the dumps and in bad form. It does have a big effect when you don’t win big games and you don’t perform to the way you hoped,” said the captain.

“We set out little targets for every match and if we meet them in every game we should be there or there abouts. Championship is going to be up another few levels but if we still to our process and to what we are supposed to do it will put us in good stead. We could play Tipp today and beat them and play them tomorrow and they will beat us - there is nothing between the teams. I can’t wait for it to start. To win the first game would set you up but if you lose then you are on the back foot straight away.”