John Kiely: Limerick "stronger and better prepared to take on the championship" 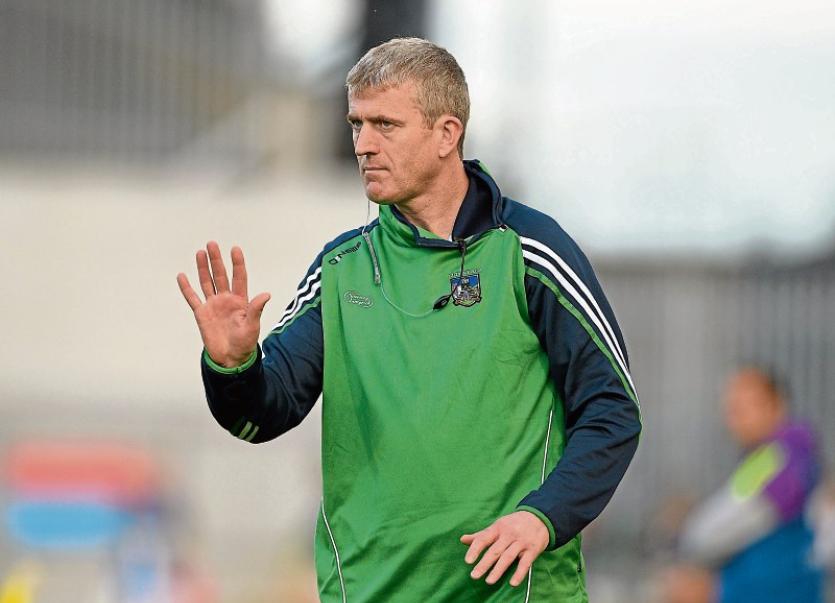 LIMERICK and Tipperary meet in senior hurling championship for the 68th time this Sunday afternoon.

The Gaelic Grounds will play host to the first of the 10 group games in the new-look Munster SHC.

The Premier County have won the last two provincial championship meetings, including a 4-23 to 1-16 win in their last visit to the Gaelic Grounds in 2015.

The 2016 All Ireland champions have won 35 of the previous, compared to 23 for Limerick but just seven weeks ago extra time was needed to separate the counties in the Allianz Hurling League semi final.

“Limerick teams always feel that when Tipperary come to town they that have a chance of doing well,” said Limerick manager John Kiely ahead of Sunday.

The Galbally man is leading Limerick into his second championship.

”Not really! Not on championship form from last year or the year before,” said Kiely.

”We know we have improved from last year when we had a very poor championship campaign - made some poor errors against Clare and conceded soft goals and probably played quite well against Kilkenny put weren’t efficient enough with it and we hit a lot of wides on the same night. The team has evolved a lot and I think we are a lot stronger and better prepared to take on the championship,” he outlined.

Limerick arrive at May 20 with 10 competitive games played in the 2018 season and the extra time league semi final against Tipperary, only defeat.

“I looked back and thought it was a high quality game, the speed of the game was ferocious, the physicality of the game was very intense and I was very pleased with the reaction of our players because they were able to step up and take the game to Tipperary,” explained Kiely.

“We were nearly there and had opportunities to win the game - we had a rather exciting end to the league with Galway, Clare and Tipp and they were all tight games. We put ourselves in some difficult positions in those games; ending up with big deficits to claw back but it was a good test of our character that we were able to respond in all the situations and put ourselves back into games with a chance to win.”

“They are a really top class side that have ambitions and expectations to be in the All Ireland final this year and based on their form over the last six or seven years that’s justified,” said John Kiely.

Limerick do have home advantage and the manager hopes to make this count on Sunday and again on June 10 against Waterford.

”I think home venue is a huge factor - look at the last 10 years of championship matches or the National League and there is a huge correlation between venue and the home team winning,” he said.

With promotion from Division 1B of the league at the eighth attempt coming on the back of two All Ireland U-21 titles in three years, there is an increasing air of expectancy surrounding Limerick.

”There is no doubt, these lads be it inter-county underage at minor or U-21 or colleges be it Ardscoil Ris or UL or Mary I and Na Piarsaigh/Kilmallock that success should obviously help the journey of a player to be successful at senior level. It has to,” accepted Kiely

”They have won quite a lot at underage but ultimately for them as players, their sights are set on success at senior level and they won’t be happy with their own careers until they achieve some form of success at senior level. For me it’s about getting a group of players that will give themselves an opportunity at some point to be successful. If we end up in an opportunity where they can be successful, it’s up to them to seize the moment and take it.”

He added: “Nobody has a crystal ball that can say we are definitely going to be successful - you can only hope in sport that you give yourself an opportunity to be successful and that’s our hope that in the not too distant future we will give ourselves those opportunities to take a measure of success”.

Sunday is the start of a new-look group format in the Munster SHC.

”We are fortunate in that we have a break after game one so that will give us a chance to regroup but the other weeks will have a quick turnaround and quick turnarounds mean it will be very busy in terms of reviewing matches and getting prepped for the following game,” outlined Kiely.

“Two things will be important in this championship - one is freshness and for us I thought it was important that the players went away from us for two weeks in order to come back with with that freshness because we have been together all Winter and had a long league campaign going to the semi final. We have had three weeks into the Munster Championship and then five weeks of the round robin and who knows after that. That’s a long time together and mental tiredness and mental fatigue can set in if you have been together for too long and things can go sour very easily.”

He added: “The day after each championship match will be interesting - how county’s manage it. There are different ideas out there - I know what we are doing and what some other counties are doing and it will be interesting to see which will be the most successful. There is such little time to process the result and prepare for the game that is coming up. We are used to have two or three weeks to go again - will teams be able to regroup and go again. We are fortunate we have 20 going to college.”