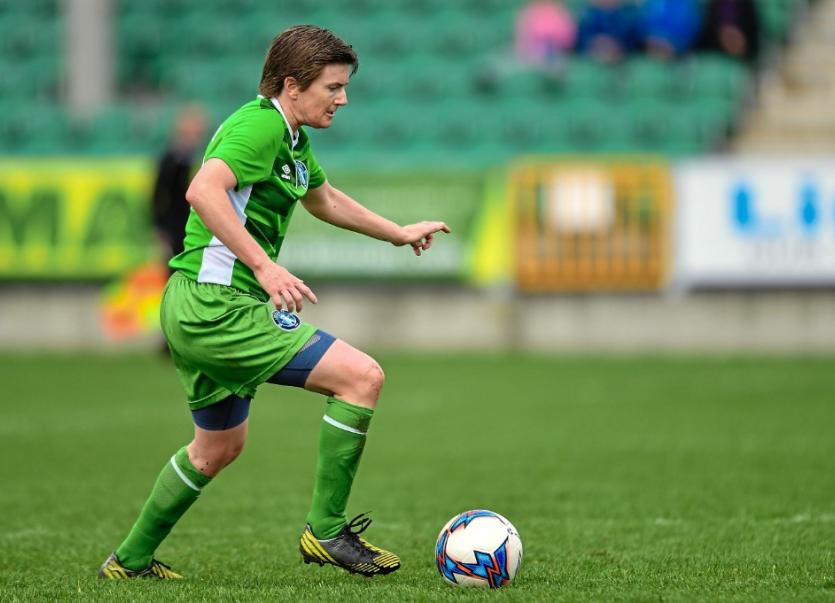 The strike, as seen below, goes in over the head of Tina Hughes in the Galway goal from all of 40 yards.

What an incredible goal from #WNL legend Sylvia Gee as Galway comeback to triumph in six-goal thriller!

The Laois native, who was inducted into the WNL Hall of fame in 2014, has also lined out for MYSC Lady Blues in the USA and Kilkenny United and UCD in Ireland.

In what was all set to be a fascinating fixture from the off, both Galway United and Limerick came out with an aggressive play style which culminated in an amazing spectacle much to the delight of the Eamonn Deacy Park faithful.

The game got off to a slow start in truth with neither side wanting to tyre themselves out on what was a briskly cold summers evening.

Galway created more chances from the off and were denied a penalty when Lynsey McKey went over in the box after 19 minutes. Limerick subsequently went up the pitch and found the back of the net via a looping effort from Marie Curtin from distance.

Galway retaliated wisely and didn’t let their heads go down and when skipper Meabh De Burca converted a penalty following a Therese Hartley handball after decent work from McKey once again, the sides were level after half an hour.

Limerick came out and played more aggressive from the kick-off. Sylvia Gee, who was the best on the day for the “Shannon-siders”, was able to find space 35 yards out from goal and rocketed the ball into the top right corner after 40 minutes of action. Limerick maintained this 2-1 lead going into the interval.

Galway looked a completely different outfit in the 2nd half and through excellent work from the front trio of McKey, Meaney and Doyle were able to carve open the back 4 more efficiently.

When Meaney was able to beat the Limerick offside trap and swing the ball into the 6 yard box, the ball ended up in the via the head of Lynsey McKey levelling the sides once again.

Galway only pressed on from here and when Sadhbh Doyle was brought over in the box, De Burca stepped up to give Clery’s side a lead for the first time in the tie.

Galway ultimately finished the game off 4 minutes from time as star-player on the day Sadhbh Doyle made swift work of a blocked shot to see the ladies in Maroon claim the spoils.

Galway United manager Billy Clery was optimistic about the squads chances going forward stating that “We’re on the right trend scoring more goals and we’ve closed the gap on Cork, we’re happy and confident we can beat any team in the league”.