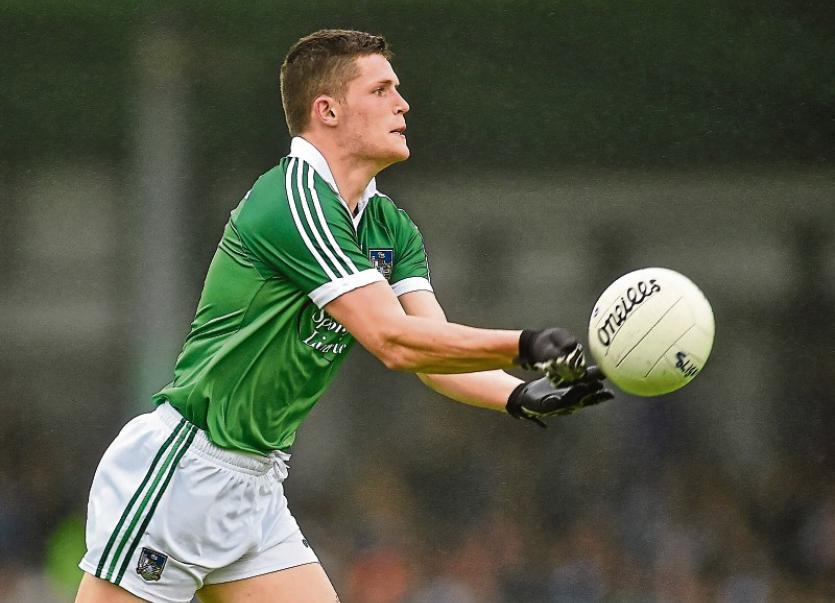 FORMER Limerick football captain Iain Corbett could be set for a shock return to the inter-county scene.

The Newcastle West, who captained Limerick for the last two seasons, returned to Ireland over the weekend from a tour of duty in the Lebanon.

It is understood that Corbett will link up with Billy Lee’s Limerick senior footballers this week ahead of Saturday evening’s Munster SHC quarter final with Clare in the Gaelic Grounds.

Corbett is entering his seventh season on the county senior panel - he made his debut in 2012 as a teenager.

Only time will tell if Corbett will be part of Limerick’s matchday plans on Saturday with the team to be named later this week.

Billy Lee and management have a number of niggling injury worries and planned for the Clare tie with a number of challenge games, Offaly and Wicklow among them, since the end of the Allianz Football League.

Limerick are without a Munster SFC win since 2012 and have lost to Clare in each of the last three campaigns.

Limerick won just one of their six games in Division Four of the league.

In all, 19 players with recent inter-county experience no longer involved.

“It was tough - we tried to bring in a lot of new lads and give them experience, some that didn’t even play underage with the county,” said Billy Lee, referencing the league campaign.

”From a results point of view it would be a negative because we didn’t win enough or get enough points but in the grand scheme of things and for the future of Limerick football it was a positive.”

Saturday’s game has a 7.00 start. The winner advances to a June 3 semi final with Kerry in Killarney. The loser will be in All Ireland SFC Qualifier action on Saturday June 9.