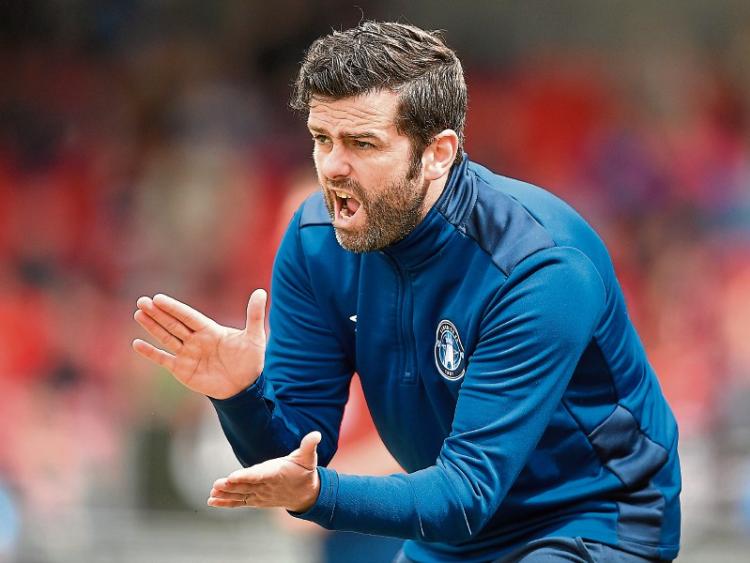 A 73rd minute goal from Ryan Brennan helped the ‘Saints’ edge relegation-threatened Limerick 1-0 in a highly entertaining contest where both sides created a hatful of scoring opportunities.

The Blues will turn in less impressive displays this season and come away with something to show for their efforts.

Limerick found St Pat’s keeper Barry Murphy in impressive form as he repeatedly denied the Blues from claiming at least a share of the spoils.

The lack of a consistent goalscorer continues to haunt the Blues this season. The side has managed just eight goals from their 17 top flight fixtures, or a goal every two games.

Tommy Barrett’s Limerick side remain ninth in the table, six points ahead of basement side Bray Wanderers.

St Pat’s goalscorer Brennan turned sharply inside the Limerick penalty area in the 72nd minute, before blasting the ball past former 'Saints' keeper Brendan Clarke in the Limerick goal.

Limerick made two changes to the side which lost away to Cork City six days earlier as Killian Brouder and Colm Walsh-O'Loghlen came into the starting line-up for Tony Whitehead and Darren Dennehy.

Limerick created the first decent opening of the fixture on the eighth minute when captain Shane Duggan created space for himself, but his well struck effort from inside the box was deflected out for a corner.

Four yellow cards were brandished by referee Matthews in as many minutes - three to Limerick players - showed just crucial this fixtures was to both sides.

Jake Keegan had St Pat's best chance just after the half hour mark. However, his well struck dipping effort from 20 yards out flashed just over Brendan Clarke's crossbar.

The game remained scoreless at half-time. However, within two minutes of the restart St Pat's came within a whisker of opening the scoring only for the home side to somehow scramble Kevin Toner's header off the line.

The visitors also came within a whisker after an hour mark, but Conan Byrne's close range effort was blocked inside the penalty area and Ryan Brennan headed the rebound narrowly wide.

Brennan made no mistake in the 73rd minute when he punished some slackness in the Limerick defence to fire the visitors into a 1-0 lead.

The young Limerick side almost equalised within a minute. However, Saints keeper Murphy produced another superb save to keep Karl O'Sullivan's close range effort out.

Time ultimately ran out on Limerick's hopes of grabbing an equaliser as St Pat's made it back-to-back league wins following their victory over Shamrock Rovers.