Historic win for Limerick U-16 footballers 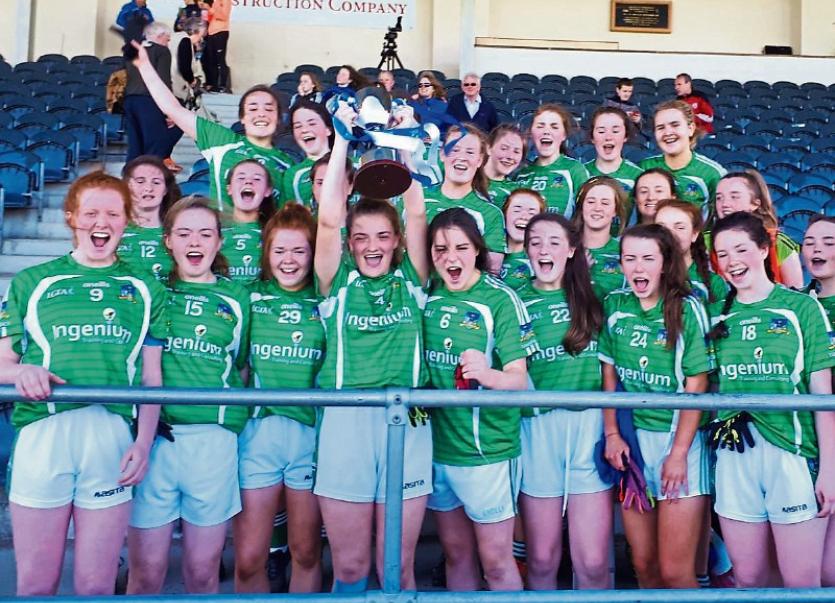 Munster U16 B Football champions

The sound of “Limerick You’re a Lady” could nearly be heard at the Ed Sheeran concert in Cork city as the proud Limerick captain, Annie Giltinane, lifted the Munster U16B Football cup for the very first time in a sunny but windy Mallow on Saturday.

Limerick started the brighter and created a number of early scoring opportunities and, after some wayward shooting, finally got on the scoreboard with two points.

Limerick began to settle and two great goals from Orla Coughlan and Iris Kennelly before half-time put Limerick in command on a score-line of 2-04 to 0-02.

Limerick added three more goals to their tally from Phena Herbert, Caoimhe Rael and Aoife Rowsome to put the game way beyond the reach of the opponents.

To their credit, Clare rallied late in the game and ended up scoring a consolation goal to put some respectability to the scoreboard. Final score: Limerick 5-05, Clare 1-06.

This was an outstanding performance from a team which has grown in confidence during the year.

Following in the footsteps of the U14s last year and this year, this is the third ladies underage football trophy in the last 12 months.

The All-Ireland semi-final will be played in early July against the Leinster champions.