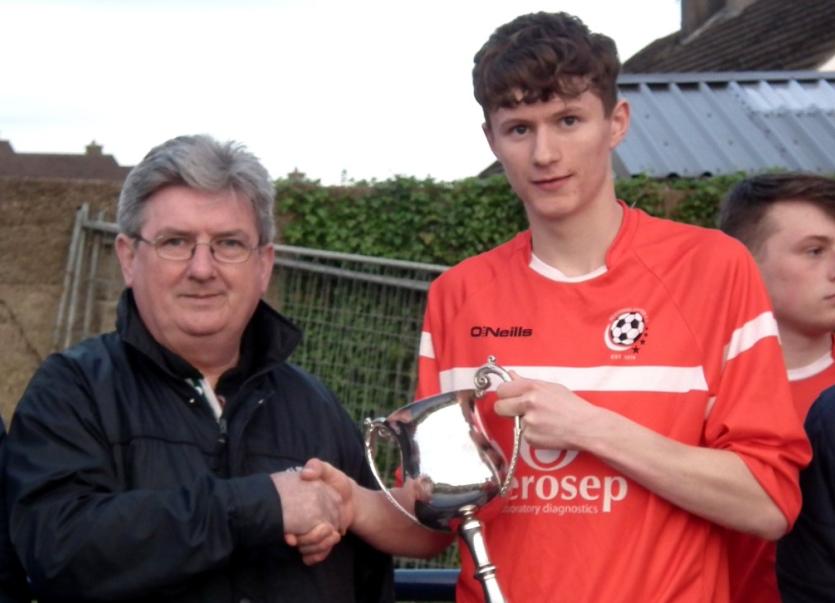 Regional United turned the tables on their close rivals and League Champions Mungret Regional to capture the Brosnahan Cup with a 2-0 win at Jackman Park on Tuesday evening.

The sides met three times in the League with Mungret coming out on tops on each occasion. However with nothing more than a kick of a ball between the sides in any game and while Mungret went into the tie slight favourites, they knew they were in for a battle.

With the two sides made up of schoolmates and neighbours, and having played each other so many times already this season,  it was no surprise that they cancelled each other out for the most part.

Mungret had the better chances in the opening half but found Regional keeper Kevin Walsh equal to the efforts.

Introductions from the Regional bench had the desired effect and the deadlock was broken midway through the second half when Bill Phelan's free kick was headed superbly back across goal by substitute Pat Naughton and fellow replacement Gary Kelly volleyed home from 6 yards.

With Mungret chasing the equaliser, Regional struck again when another second half introduction, the speedy Michael Oppainey, raced after Paudie Hartigan's through ball and got between keeper and defender to wrap up the tie.