Limerick's Charity Over 40's soccer tournament to be launched this weekend 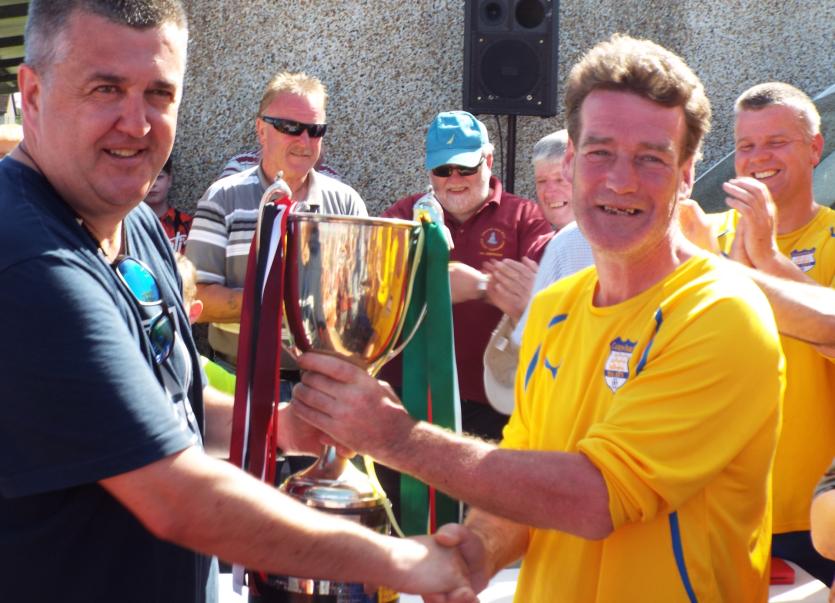 The launch for this year’s Over 40s Soccer for Charity of Tournament and draw will take place in the Ranch House Bar, Carnane, Fedamore on Friday May 18, 2018, commencing at 9.pm

Anyone wishing to attend on the night is welcome. Participating clubs are earnestly requested to have at least two representatives present on the night.

The 36th Annual Over 40’s Soccer for Charity Tournament incorporating the Christy Ryan Memorial cup and the Joe Norris Memorial shield will be held on the weekend of 16/17 June, 2018, in Pearse Stadium, Janesboro. Since it was first introduced in 1982 this very popular event had grown in stature and is now recognised as being one of the outstanding sporting events to be held in the City.

With the number of teams looking to enter the Tournament increasing year on year the organising committee have now requested all teams who may wish to be considered for inclusion in either the Christy Ryan Cup or the Joe Norris Shield to contact Seamus Jackson 085 7360760, or Henry Sheehan 087 2939326 on or before Thursday, 10 May, 2018.

Any Team/s wishing to meet with the organising committee may do so any Thursday between 7.30 and 8.30pm in the St. Joseph’s Scout Hall, Reeves Path.