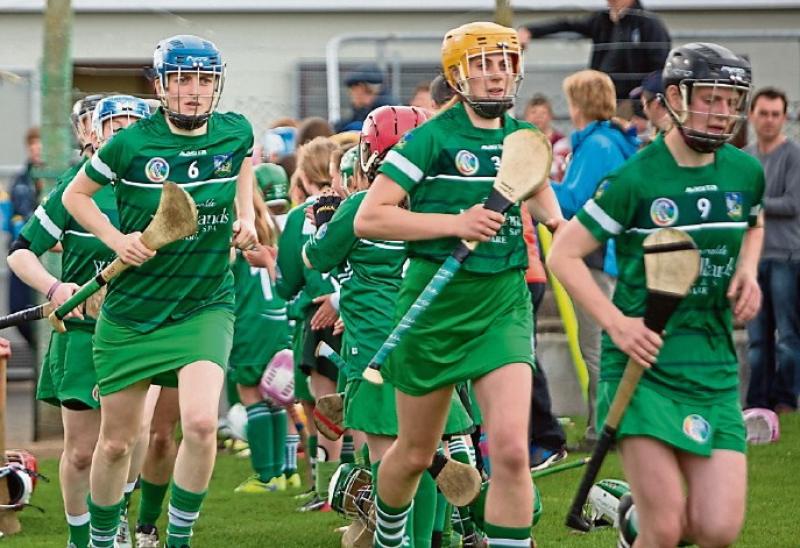 John Reddington at the Ragg

Winners for the first time last year, Limerick’s reign as Munster senior camogie champions came to an end at The Ragg on Saturday evening when they fell to Tipperary in the semi-final. (TIPPERARY 1-24 LIMERICK 1-13)

Although there was nothing to separate the sides coming up to the interval, a flurry of points in added time and a goal immediately on the restart catapulted the Premier girls into a lead their opponents never looked like overhauling and had the result put to bed by the 39th minute when they went ahead by four clear goals.

Although they gave as good as they got in the middle third and drove forward as often as their opponents, the losers’ attack could never open up the same opportunities from open play. While Orla O’Dwyer and Cáit Devane created enough room to swing every time they gained possession, Limerick depended almost exclusively on the free-taking of Niamh Mulcahy until the intensity dropped once the outcome was no longer in doubt.

With just five weeks to go before the first round, both sides also had an eye on the championship and Tipp will have been far more pleased with a performance that appeared to have made a quantum leap from last year’s disappointment. Aggressive, confident and aware of where their strengths lay, they went for the jugular when the opening came and kept their foot on the gas right to final whistle.

Caught cold when their opponents detonated during those manic minutes either side of the break, Limerick were off the radar before they knew it but they kept plugging away until they regained their stride. It mightn’t have mattered at that stage but the rhythm they found over the last twenty minutes raised hopes they can move up a level during the serious business of the summer.

Limerick dominated early possession but sent two opportunities wide before Mulcahy’s free got them off the mark. They were still seeing more of the sliotar around the middle when Sophie O’Callaghan collected off Karen O’Leary to double their lead but the game turned when Tipp took on the centre of the visitors’ defence and the crowd got behind them when two O’Dwyer strikes had the sides level.

Their hold on the game tightened when Devane twice came out first for the delivery and found the target both times off the turn and, when Róisín Cahill struck from distance off a solo, the gap had stretched to three.

Limerick’s forwards were struggling to create the space for the shot but they were holding their own long enough to draw the foul. With her first from wide out left and the next two from almost halfway, three Mulcahy frees had the teams level again as Tipp lost their composure on the challenge. However, they found two of their own for Devane to convert although were met in kind by another two from Mulcahy.

Coming up to the break, Tipp found another gear as O’Dwyer restored their lead and shot themselves comfortably ahead during the four added minutes as Devane, Casey Hennessy, Devane’s free and Devane left the
score at 0-12 to 0-7.

Limerick brought on three subs at half-time but, just thirty seconds after their introduction, Devane caught a long free on the edge of the square and handpassed to grace O’Brien to drive to the net. Shethen pointed of the next action and, as the defending champions lost their composure, Tipp attacked at will for Devane’s free, Hennessy and Mary
Ryan to put twelve between the sides.

Limerick found a glimmer of hope Rebecca Delee collected off Dearbhla Egan to drill into the low near corner and Mulcahy added a free. But the hosts weren’t in the mood to let them draw closer and Hennessy and Devane from a free and from play kept their opponents out of contact.

As the game opened up, Limerick found some space for Caoimhe Costelloe once and Mulcahy twice to strike from play but the clock was running from them. Hennessy came into her own at the other end, picking off a pair before Mulcahy replied with her eighth free and then sent over another ahead of O’Brien and Devane’s free closing Tipp’s scoring while Delee had the last word with a handpassed reply.