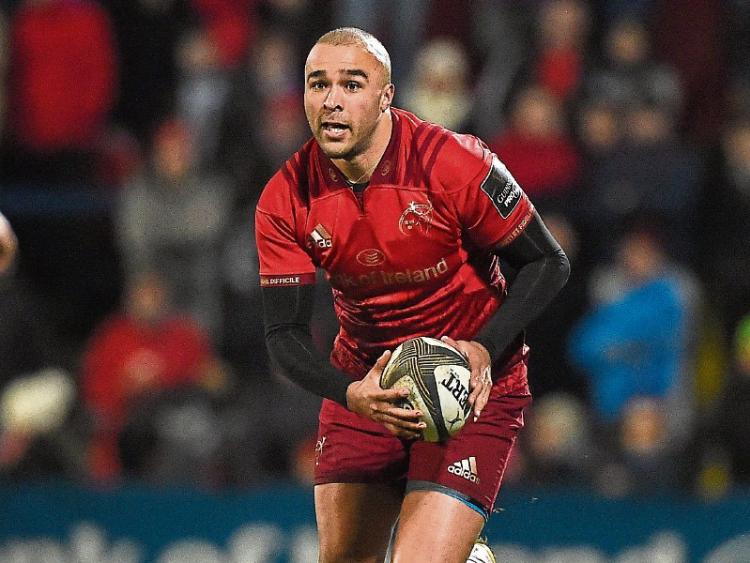 Simon Zebo starts his final game for Munster at Thomond Park against Edinburgh in the Guinness Pro14 play-offs this Saturday, 3.15pm

Simon Zebo starts at full-back in his final game for Munster at Thomond Park with 12 changes to the side that drew 24-all with Ulster last weekend.

JJ Hanrahan is also retained at out-half and is partnered by Conor Murray in the half-backs.

James Cronin, Man of the Match against Ulster, starts at loosehead with Rhys Marshall and Stephen Archer both returning to the side.

Jean Kleyn and Billy Holland are back in the engine room with captain Peter O’Mahony, Jack O’Donoghue and CJ Stander making up the back row.

The winners of the fixture travel to the RDS to face Leinster in the Guinness PRO14 semi-final on Saturday, May 19.