On The Ball: Dead rubber brings rugby season to an end for some - Donn O'Sullivan 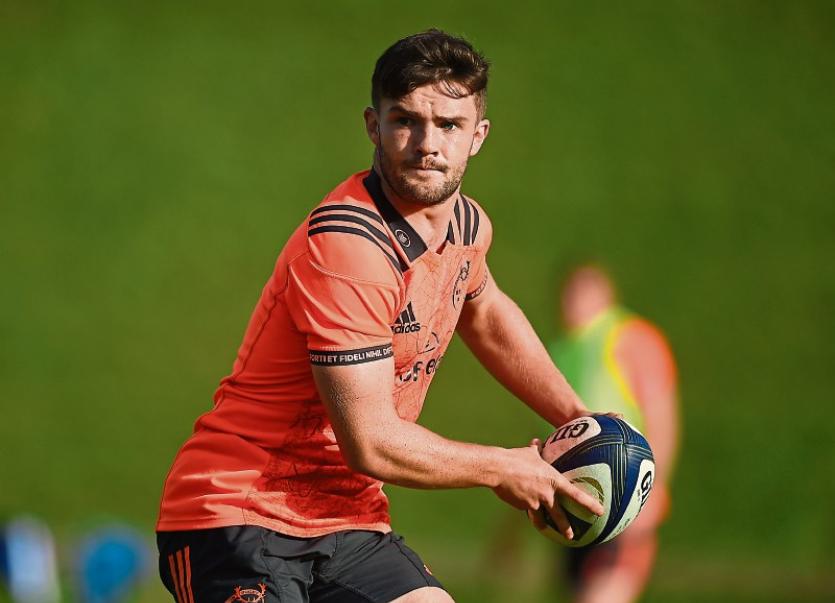 Last Saturday, Munster drew 24-24 in a Pro14 game at Thomond Park. For some Munster players, it was season over, even though the province could have three more games to play.

Munster will face Edinburgh this Saturday in the quarter final of the Pro14, even though in the new World of sports marketing, it is officially called a ‘semi final playoff' Don't ask.

I attended the game at Thomond Park and I enjoyed the 48 point affair, which was played in almost perfect conditions.

Munster showed 14 changes from their defeat to Racing 92 the weekend previous. Fans were excited to see Stephen Fitzgerald at 15, Calvin Nash on the wing and also Dan Goggin and Sammy Arnold in the centre. All Ireland league supporters rejoiced as the players they had been watching all season on the local paddock, were getting another shot on the bigger stage.

Munster's bench also had an exciting look to it. The two stand out names on the team sheet, when announced, were Bill Johnston and Shane Daly. Much like an avid train spotter, AIL fans can pick out a player who has played in their league from a mile away.

There was genuine excitement amongst Munster fans to see Garryowen's Bill Johnston and Cork Con's Shane Daly get a run out in a dead rubber. Even more intriguing was how would they fare against a strong Ulster side.

Sadly, both players were never introduced. They both remained wrapped up on the bench as the clock went red.

Daly, a sevens player with Ireland, was awaiting his first cap and in fairness to Johann van Graan, the Munster coach name dropped the young back in his post match interview. Stating that he felt sorry for Daly that he had not been able to get his first run out.

Bill Johnston, who last week signed a two year deal with the province, was also left out of the action. This decision is a harder one to understand. As stated, this was a dead rubber. JJ Hanrahan could easily have been called ashore at the 50 minute mark and no one, even JJ, would have minded.

To add more woe to the mix, Johnston, whose season is now effectively over, seeing as both Keatley and Hanrahan will be ahead of him for the upcoming game(s), could have seen some rugby action at the weekend.

The former Rockwell star could have lined out for Garryowen in the All Ireland league semi final, as his side lost out to Lansdowne.

Yes, Johnston is Munster's player and yes, he should always take the place on the Munster bench over playing for his club, but surely there should have been some game time for the highly rated stand off.

There is a huge disconnect at present between the amateur and the professional game and I feel that instances like Johnston's at the weekend are not going to help the situation.

I know that Johann van Graan has a job to do, but I also feel that the optics of the situation could have been handled better, for all concerned.

Leaving the player on the bench, in the last regular season game of the year, will leave a sour taste in the mouth of both the player and the club.

I know people might not read too much into this and they may also believe that I am going over the top on this one, but for me, sport is about playing and that is something Johnston might not do for months.