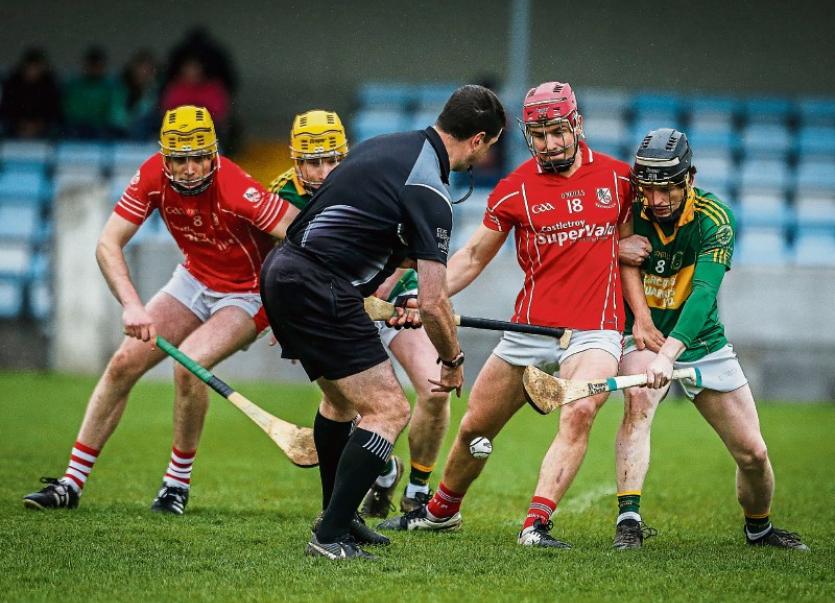 UNDEFEATED trio Na Piarsaigh, Kilmallock and South Liberties lead the way in the round two Limerick SHC Team of the Week.

Doon’s Darragh O’Donovan is the only member of John Kiely’s Limerick hurling panel to be selected in the LeaderSport Team of the Week.

Ahane’s Adam O’Brien and South Liberties Brian Ryan are both included in the team and are members of the Limerick U-21 hurling panel that plays Clare on Bank Holiday Monday in the Munster U-21 Championship quarter final in Ennis.

Na Piarsaigh duo Alan Dempsey and Adrian Breen aren’t members of the county panel at present but have previously played inter-county senior championship and are included in the LeaderSport club selection after sparkling in their 16-point win over Ballybrown.

Another to previously play championship with Limerick is Seanie Tobin – he scored all bar three points in his side’s 0-13 to 0-12 win over Ahane, including four points from play.

William Hickey was the round two top scorer from play with a return of 3-2 – a member of the county panel under TJ Ryan in 2014, the South Liberties man is selected at full forward.

None of the round one Team of the Week have made the round two selection. There are 12 senior hurling clubs and all bar Adare and Knockainey have had representatives in the LeaderSport selections over the opening two rounds of the senior club championship.