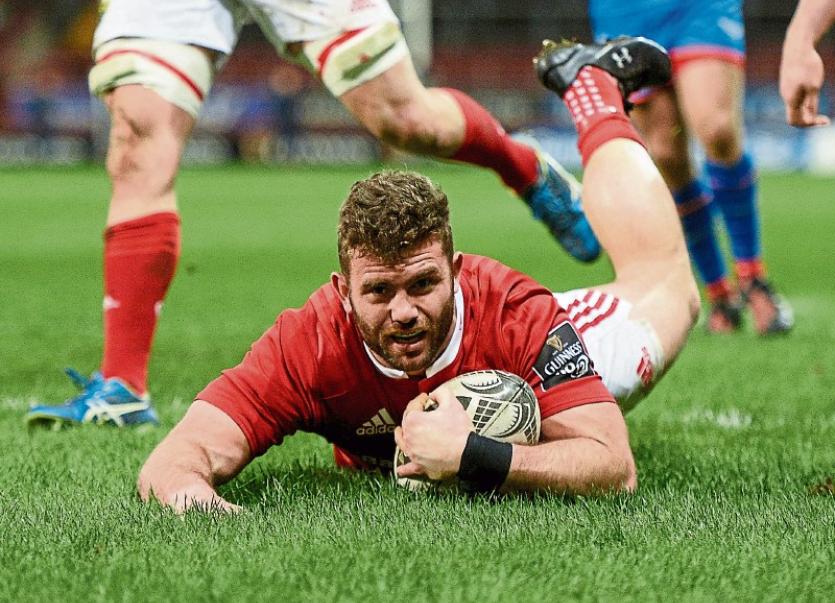 Munster's Jaco Taute who could be available for selection this weekend

The Munster Rugby squad gathered in the HPC this morning with preparations commencing for Saturday’s Guinness PRO14 semi-final qualifier against Edinburgh in Thomond Park (3.15pm).

One man who was sporting a smile was former South African centre Jaco Taute. The Springbok who took part in the warm-up at the weekend, will return to training this week after rehabbing a long-term knee injury sustained against Cardiff Blues in September.

Munster coach Johann van Graan confirmed to the media today that Taute has not done any contact training as of yet and that featuring in the warm up at the weekend was to give the centre a taste for the game again.

In other news, Duncan Williams is following return to play protocols this week after presenting with concussion will hooker Niall Scannell (AC joint) and prop John Ryan (back) continued to be monitored by the medical team, with Ryan confirmed as not available for this weekend’s knockout game.