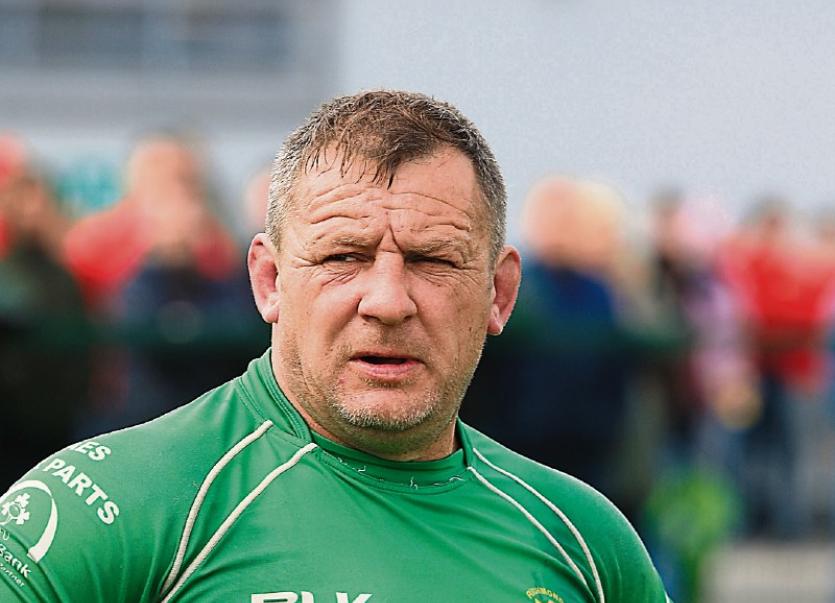 A slow start to both halves by the Limerick side in Irish Independent Park yesterday, contributed to this narrow defeat and it was the Cork side who celebrated their 19th success in this competition at the final whistle.

“It is always hard to take when you see players crying after a defeat,” Richmond’s president Irene Flanagan told us after the game.

“Our boys can keep their heads up high, they played some great rugby all season but on the day Constitution did not allow us to play to our full potential and they deserved their victory. We are very disappointed to lose but that is sport. We are all very proud of this Richmond team. They have given us some wonderful moments this season.”

Although their supporters considerably out-numbered the Cork fans, Richmond appeared to be affected by the big occasion, particularly early in the game, and although they were level at 3-3 for much of the first 40 minutes, they showed a lack of concentration with Constitution nicking a cheeky tap and go try that saw them lead 8-3 at half time.

Richmond needed a big effort from the second half kick-off, but they were again caught on the hop when Constitution got in for their second try of the game on 43 minutes, Finn’s conversion pushing the lead to 15-3.

The heavy rain appeared to provide the wake-up call that the Limerick side needed and they responded well, Kieran Bennett giving the big Richmond support something to cheer about when he got over for a try near the corner but Tadhg Bennett’s conversion was unsuccessful.

At 15-8 this final was now set up nicely for a thrilling finish and another score by Richmond would really have added to the tension of the final quarter.

Two successive penalty awards to Cork Constitution proved to be the difference between the sides at the final whistle, kicks from Niall Finn and a mighty Brendan Monahan effort pushing Constitution 21-8 ahead going into the last ten minutes.

To their credit Richmond fought to the finish to try and bridge that 66-year gap, and a touchdown from Sean Bennett, converted by Tadhg Bennett, gave them hope at 21-15.

That was as good as it got for Richmond. They brought on Dean O’Halloran, Brian Mullins and Sean Bennett off the bench to try and turn the tide in their favour but Cork Constitution closed ranks in those dying minutes to see the game out.

For those fans who travelled to Cork for this final, it proved to be a disappointing occasion. Their impressive win over Kilfeacle in the semi-final boosted hopes of a first success in this competition since 1952 but it was not to be.

“We were really up for this final and our hopes were high but the team never really reached the form they showed all season. It’s a big disappointment, mostly for the big number of fans who travelled, but we’ll be back again next season.”