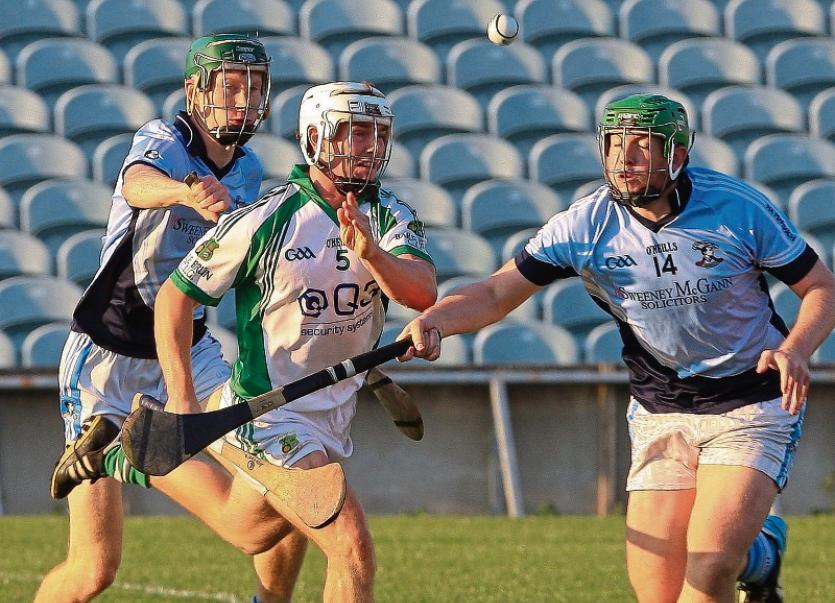 CHAMPIONS Na Piarsaigh made it two wins from two in the Credit Union Limerick SHC this Saturday, while Cappamore and Monaleen played out a draw.

The win for the Caherdavin side comes after last week’s win over Doon. Ballybrown lost to Kilmallock last week and trailed 0-12 to 0-4 by half time in this game.

Four points from Alan Dempsey helped the Limerick city side towards the interval lead.

David Sheppard had the first Na Piarsaigh goal mid-way through the second half to make it 1-17 to 0-5.

Josh Adams had a last minute consolation goal for Ballybrown but in injury time Adrian Breen cancelled it out with the second Na Piarsaigh goal. The winners had 0-12 (10frees) from Shane Dowling.

In Kilmallock, an injury time Peter Russell free ensured it finished 1-13 each between Monaleen and Cappamore.

Cappamore were 0-10 to 0-5 up at half time, largely thanks to six points from free-taker Tommy O’Donoghue.

When Bill Creamer goaled three minutes into the second half the east Limerick side were nine points clear. But they scored just two points in the final 27-minutes of play. Last weekend they were 0-11 to 0-9 up on Ahane but lost 0-14 to 0-11.

This time round, Cappamore did hold on for a share of the spoils. Monaleen’s fightback were helped by a John Nicholas goal entering the final quarter.

Monaleen hit five of the last six points to beat Knockainey 0-20 to 0-16 last weekend and here hit four of the last five points to snatch the draw.

*See the print editions of the Limerick Leader for full match reports on all the weekend’s Limerick SHC games.