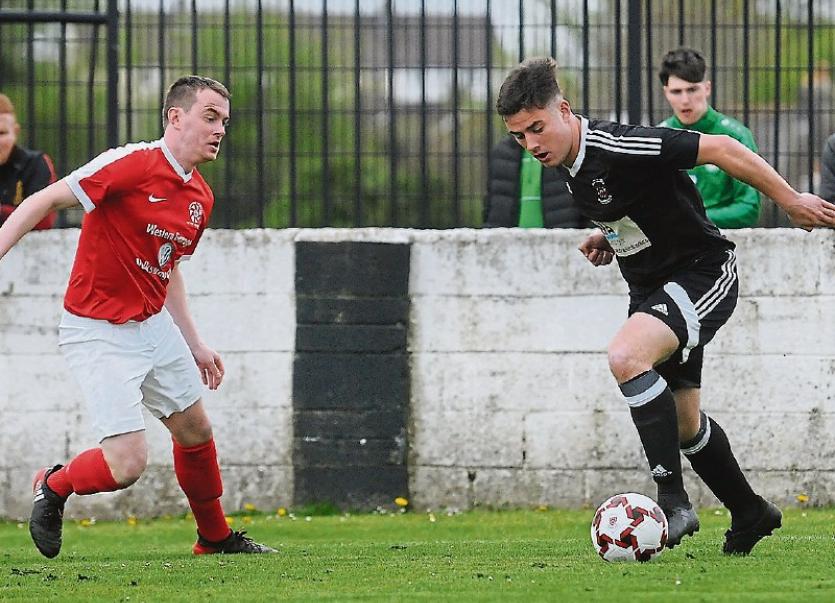 After the glory of FAI and Munster Junior Cups over the last number of weeks, focus this weekend returns to League action with the highlight being a preview of the upcoming Munster Junior Cup final when Janesboro host Pike Rvs.

It is the only real hurdle on Boro’s march to their second successive League title with most still believing Shane O’Hanlon’s men are unstoppable regardless.

A win for Pike (assuming midweek games go to plan) would see them 18 points behind Janesboro with a whopping five games in hand on the leaders. Even if Pike were to win all six games, while in the midst of Munster and FAI Cup finals, not to mention Lawson Cups, they would be three points adrift. Boro's remaining fixtures are home to Holycross and Nenagh and away to Moyross, Fairview and Carew Park.

So a win for Pike will only prolong the wait but it's Boro's for the losing.

Pike will be determined to keep their unbeaten run intact and Boro just need to keep them at arm's length so a draw looks like the obvious outcome. .

At the other end of the table Moyross can get back level with Charleville if they beat bottom side Holycross and the Cork side fail to get anything from their tilt with Balla.

On Saturday evening Jackman Park hosts the Open Cup final which never fails to throw up an entertaining game. Knockainey B will play Mungret Reg C in a game that means as much to these players as the Lawson Cup does to the Premier sides.

The promotion race in Div 1A is down to four sides. Leaders Prospect host Mungret Reg while Geraldines travel to a Knockainey side fighting for their lives.

Summerville face a tricky one away to Murroe while Granville can move out of the drop zone for the first time this season if the beat bottom side Aisling.

It's cup semi final time in Division 1B where Coonagh host Hill Celtic and Newport welcome Southend. In the League, Shelbourne will move two points behind the leaders if they beat Caherdavin.

Division 2B Leaders Kennedy Park need two wins from their final two games. play Murroe while Star Rvs wait for them to drop a point as they make the short trip to Athlunkard Villa.

The top two sides in Div 3B meet in the cup when Wembley host Kilmallock and in the Ger Ryan Cup Semi-Final Pike are favoured to beat Newport but would be silly to take it for granted.