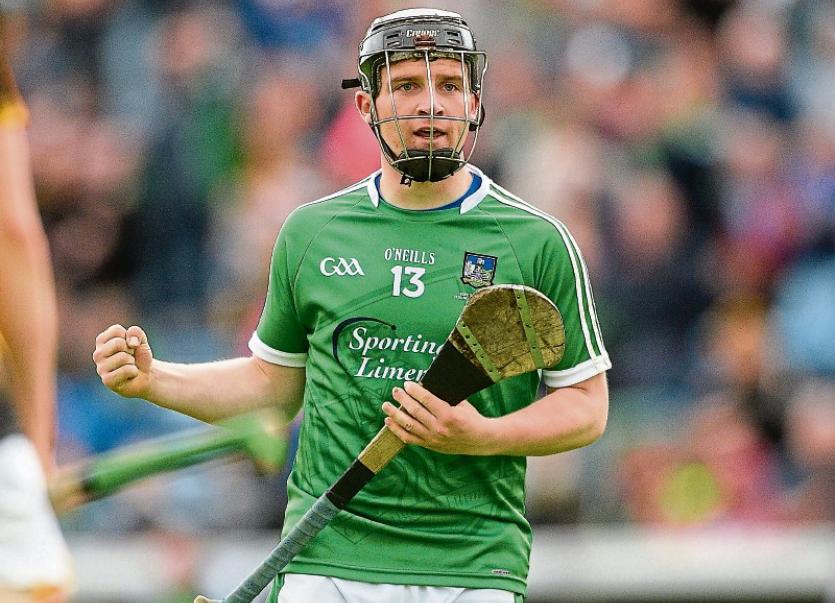 INJURY will force Peter Casey out of Limerick’s plans for the opening rounds of the Munster SHC.

A four to six week spell on the sidelines will also see the Na Piarsaigh corner forward miss Limerick’s Munster U-21 hurling championship quarter final against Clare in Ennis on Bank Holiday Monday, May 7.

The two All Ireland U-21 winner looks likely to miss the May 20 Munster SHC tie with Tipperary and will be in a race to be fit for the round two game on June 2 against Cork.

“Peter had a shoulder injury and his rehab had a set back,” confirmed Limerick hurling manager John Kiely.

Casey hasn’t played since the March 24 replay of the All Ireland club SHC final, missing his club’s U-21 championship games and last weekend’s Limerick SHC tie.

With Casey ruled out for a number of weeks, John Kiely is also sweating on the fitness of another corner forward – Aaron Gillane.

The Patrickswell man limped out of his side’s Limerick SHC win over Adare last Saturday – he was substituted 10 minutes into the second half with a leg injury. Gary Kirby’s Well are to play Doon this Sunday with Gillane’s involvement being monitored.

Gillane was also forced off injured in the final 10-minutes of Limerick’s Allianz Hurling League semi final loss to Tipperary four weeks ago. The free-taker has suffered with a leg injury since sustained a knock in the February 4 league tie with Offaly in Tullamore.