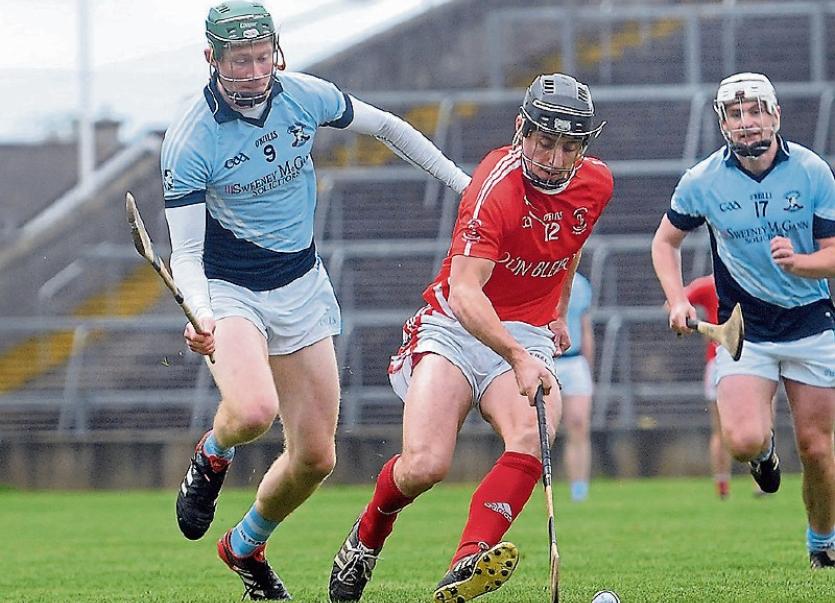 NINE different clubs have representatives on the LeaderSport Limerick SHC Team of the Week.

Six of the LeaderSport team selected from the six round one games in the county senior hurling championship are currently members of John Kiely’s 36-man Limerick panel.

Three of the LeaderSport Team of the Week were Man of the Match award winners in the three Limerick SHC televised games on eir Sport and TG4 – Graeme Mulcahy (Kilmallock), Cian Lynch (Patrickswell) and David Dempsey (Na Piarsaigh).

On Saturday night six Na Piarsaigh hurlers were in Croke Park and honoured on the All Ireland club SHC Team of the Year but none of this sextet are in the LeaderSport Team of the Week.

William O’Donoghue is selected at centre back and Philip O’Loughlin at wing back – both in new positions for their clubs in the round one games.

The six winners in round one were Na Piarsaigh, Patrickswell, Kilmallock, Ahane, Monaleen and South Liberties.

Cappamore came close to the biggest shock of the weekend but Ahane scored the final five points to see off their east Limerick rivals by three points.

The biggest winning margin was Patrickswell's 14-point win over Adare. Ballybrown's Alan O'Connor returned the hightest individual scoring tally with 12-points - all from placed balls. Patrickswell's Seanie O'Brien was the only player to score two goals in the round one ties.