Lies, damn lies and statistics - Munster versus Racing 92, the numbers 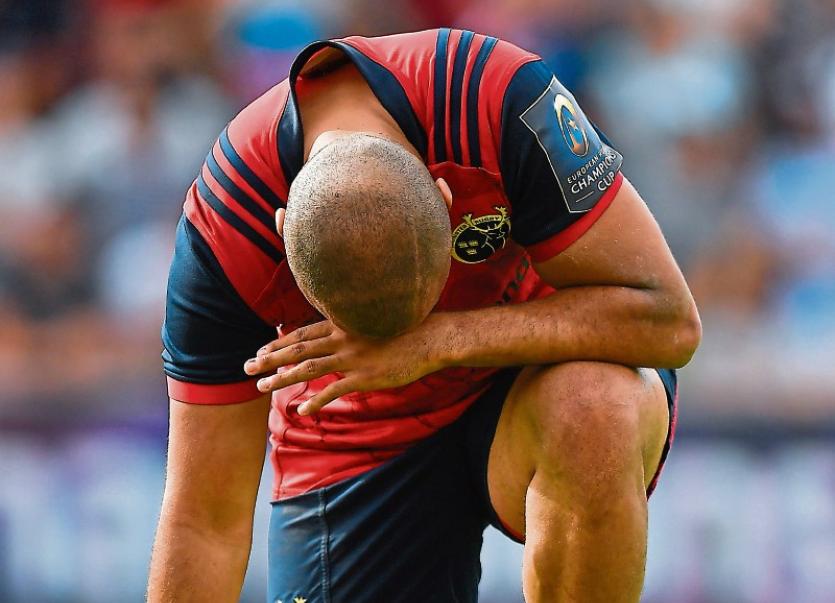 THE ORGANISERS of the Champions Cup present the media with a set of statistics shortly after the final whistle of big games.

Sunday was no different. However, once I started to read the stats from Munster and Racing 92, I thought that someone had swapped the names around at the top. If you were to read the stats without knowing the score, you would have thought Munster would have won the game at a canter.

Munster also broke the defensive line more times than their opponents, 5-4, while they beat more defenders, 17-16.

I can keep going. Munster won 129 rucks and mauls to the French side's 52.

Munster were even ahead in the penalty count. Racing were on the wrong side of JP Doyle 13 times, having a man in the bin for good measure, while Munster only infringed five times. A figure their coaching team would have taken before the game.

We are still in the positive column. Racing conceded 14 turnovers to Munster's 10, while the men in Red also won 12 of their own scrums, while also finding time to win one of Racing's.

So, how did Munster still lose this game?

Well, it would be easy to say forget everything you have just read, but that would render half of my work as obsolete. You see, stats are just that. Stats. No more or no less than numbers. It is what you read into them that matters.

For those that watched the game, they will know that Munster held on to the ball for long periods but to no really gain. A case in points was a frustrated JJ Hanrahan having to put up a Garryowen for Lambie to mark late in the game as Munster had ran out of attacking ideas.

As written about here already this season, Munster lack that real cutting edge off of set piece. They do not cut teams apart off of one or two phases. They rely, at present, on individual brilliance, Keith Earls versus Racing 92 in the Pool stages or Andrew Conway against Toulon.

Winning rucks and winning line outs and winning scrums are called a platform for a reason. They are a base to build your attacks off of, however you need to have more in your arsenal should plan A and plan B not work.

The biggest stat of the day was the one in the top corner of the screen. 27-22. Racing's scores came to easily for them and Munster were lacking a lock picker to get back in the game when it really mattered and there is no stat for that.