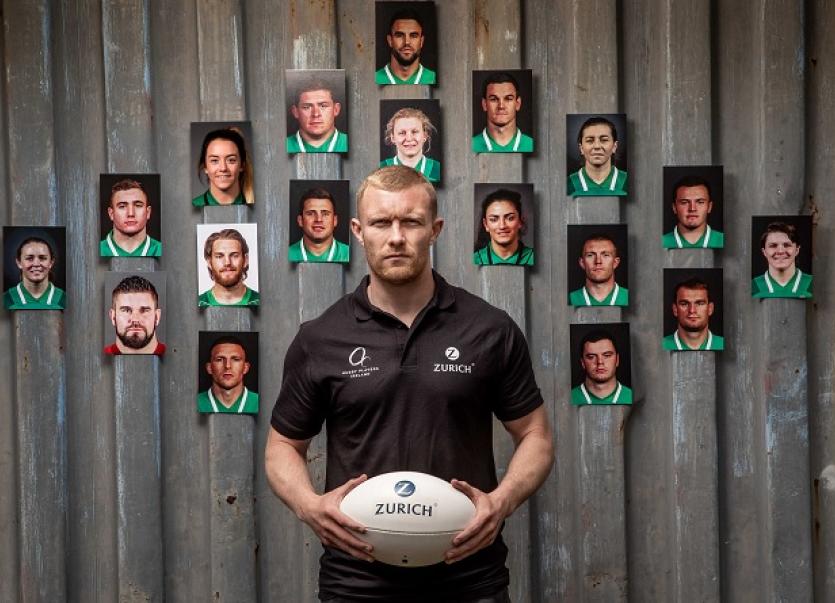 Rugby Players Ireland and Zurich have today released the nominees for the Zurich Players’ Player of the Year Award 2018.

Munster duo Keith Earls and Conor Murray have been named on the shortlist for the awards which will take place on May 16 in Dublin, while Duncan Casey, now of Grenoble in France has been nominated for the Vodafone Medal for Excellence will be awarded to the individual who has shown exceptional commitment to the game of rugby both on and off the field.

Earls, Ireland’s 4th all-time record try scorer, has enjoyed a series of outstanding performances for both Munster and Ireland.

Conor Murray, the current holder of the prestigious award, has had a scintillating year for the British & Irish Lions, Munster and Ireland, with the scrum-half adding goal kicking and line-outs to his talents.

The other nominations are Tadhg Furlong,  who is nominated for the second year running after shining for the British & Irish Lions on their tour of New Zealand and spearheading Ireland’s front row during the NatWest Six Nations and Johnny Sexton whose year will be forever remembered for that last-minute drop goal against France in Paris, reinforcing his reputation as Ireland’s talisman.

The prestigious evening will honour a strong season for Irish rugby, marked by the success of Irish sides in both domestic and European competitions, with one side competing in the Final of the Champions Cup in May and a Grand Slam victory for the first time since 2009.

Following Ireland’s hosting of the 2017 Woman’s Rugby World Cup and Ireland’s Semi-Final finish, several players have come into contention for the BNY Mellon Women’s XV Player of the Year 2018 as voted by the players involved over the last 12 months: Katie Fitzhenry, Ciara Griffin and Claire Molloy.

The Women’s 7s Player of the Year will also be awarded on the night, and the nominees are Ashleigh Baxter, Stacey Flood and Lucy Mulhall.

The Vodafone Medal for Excellence will be awarded to the individual who has shown exceptional commitment to the game of rugby both on and off the field. Nominated this year by their peers are Duncan Casey (Grenoble), Jake Heenan (Connacht) and Rhys Ruddock (Leinster).

There will also be chance for members of the public to get involved by nominating their Druids Glen Hotel & Golf Resort Moment of the Year 2018 via Twitter @druidsglen, using #RugbyAwards18.

Rugby fans across Ireland can choose The Mason Alexander Supporters Player of the Year 2018 which will be will be run through the Rugby Players Ireland website.