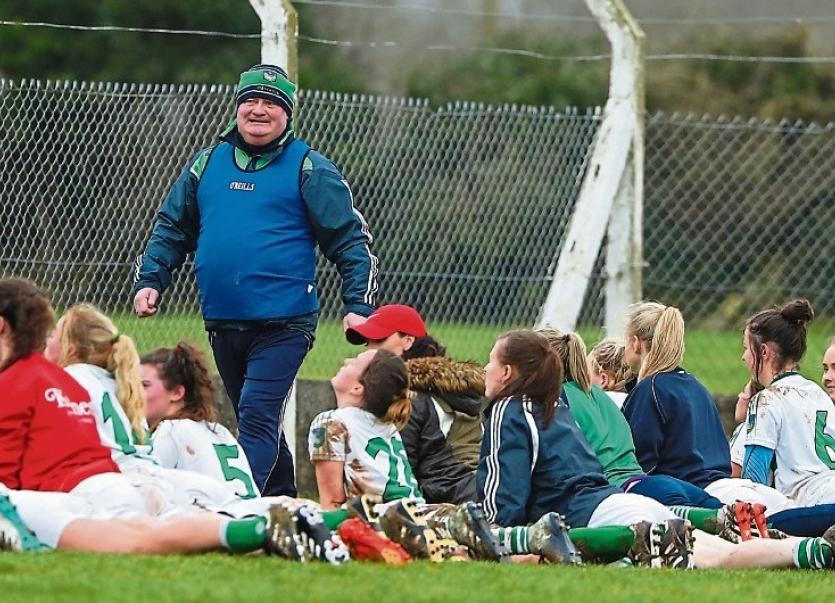 Limerick play Louth in the Division Four semi final in Portarlington attempting to reach a Saturday May 5 final against Wicklow or Antrim – a game which is live on TG4.

Under new management this season, Limerick won four of their seven group games. They lost twice – including to Louth.

“We lost to Louth by five points but it was a game we could have won – this is a chance to redeem ourselves,” said Limerick manager John Ryan, who was Limerick minor football manager last season and previously worked with Limerick U-21 footballers and served as county junior football manager.

Limerick won this Division Four league title in 2016 but were relegated down to the bottom division last season.

“We have massive experience but yet we are building a new team. We are physically strong and mobile. Louth are very fast and get players back behind the ball so we need to counter act that,” outlined Ryan.

”I can’t fault the girls so far. We have had 24/25 at training each night and all have played in the league and ultimately the league is about building for the championship.”