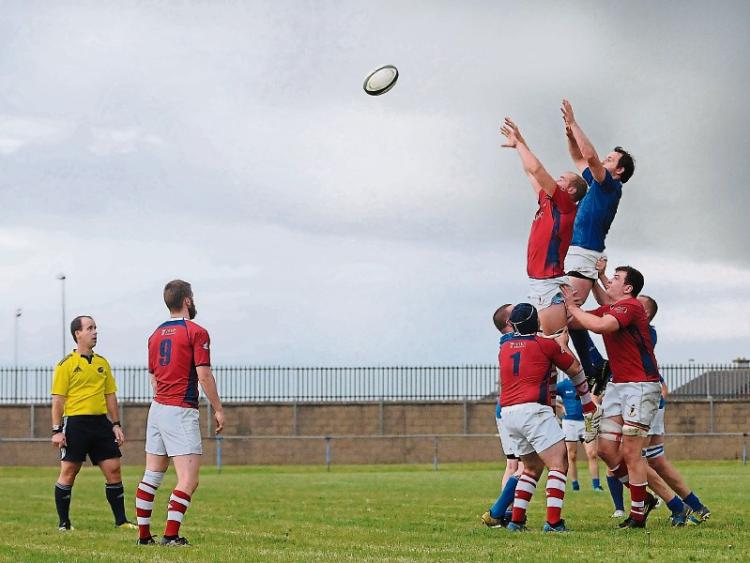 In Division 1B, UL-Bohemian face a relegation semi-final play-off with Nenagh Ormond at UL 4G pitch this Saturday, April 21 at 2.30pm.

UL-Bohs’ finished in ninth place in 1B on the back of their narrow 32-30 defeat away to Banbridge last weekend.

Should UL-Bohs, who were deducted five points for playing an ineligible player earlier in the season, overcome their Tipperary rivals, they will take on either Highfield or City of Armagh in the play-off final with the winners getting to play their rugby in Division 1B next season.

Meanwhile, Thomond’s hopes of gaining automatic promotion from Division 2C to 2B were dashed by Sligo in their top-of-the-table clash in Sligo on Saturday.

Thomond do have another chance to gain promotion to Division 2B through the play-offs. The Fitzgerald Park side is on the road to Omagh this weekend for a semi-final play-off fixture at Mellon Park.

Should Thomond prevail this Saturday, they will face either Belfast Harlequins or Malahide in the promotion play-off final on Saturday week.

Three Limerick clubs will compete in Division 1A of the Ulster Bank League next season after Shannon earned their ticket back to the top flight on Saturday.

Shannon’s impressive 40-17 victory over UCC at Thomond Park saw Tom Hayes’ side win Division 1B and so secure automation promotion to the top flight for next season.

Shannon spent five seasons in 1B after being relegated out of the top flight in 2013 when suffering a 42-0 thumping in a play-off game against UCD in Coonagh.

However, the Parish side bounced back in style this season, winning the Division 1B title, finishing two points ahead of second-placed Banbridge.

Head coach Tom Hayes said: “We’re back where we want to be and we’ll enjoy the moment.

“We’ll take stock fairly quickly and prepare for next season. I was not necessarily worried when we went down 14-3 (against UCC).

“As long as we were able to get back on script we were ok, we managed to grab hold of the game and get a foothold and that bit of control certainly helped us.

“We are back now where we like to be, at the top level. Whoever is there deserves to be there and I think our lads deserve it for the work they put in.”

Shannon will join Garryowen and Young Munster in the top tier.

Garryowen are gearing up for an Ulster Bank League Division 1 semi-final clash with Lansdowne at the Aviva Stadium on Saturday week, April 28.

Should Conan Doyle’s ‘Light Blues’ overcome the Dubliners, they will face either Terenure College or Cork Constitution in the Ulster Bank League Division 1 final on Sunday, May 6.

The ‘Light Blues’ booked a fourth place finish in the top flight when easing past St Mary’s College on a 48-21 scoreline at Dooradoyle on Saturday.

Garryowen ran in seven tries in all, with Munster Academy winger Liam Coombes helping himself to a hat-trick.

The showdown with Lansdowne will be Garryowen’s first All-Ireland League semi-final appearance in nine years.

Garryowen ended Lansdowne’s unbeaten run in the league at Dooradoyle in February.

Head coach Conan Doyle said: “It is great for the club to be back in an AIL semi-final. I often say it, there is not that much between the teams at the bottom of the table and getting into the top four.

”It takes that extra bit to get there and for us to be there again now is great. We don’t want to rest there, you have to be there to try and win the league and that is what we are striving for now.”

Twelve months ago Garryowen were in a relegation play-off, fighting for their 1A survival.

“When we got relegated four years ago, we were in a rebuilding stage. Last year we just got caught in a position where we had a group of lads moving on and didn’t really have the numbers to replace them.

”As part of our rebuilding we boosted up our numbers. The guys who were involved last year are a big part of what we did this year.

“The semi-final is an exciting one to be going after. They have beaten us, we have beaten them already this season, so there will be no fear from the lads of them and I think there is a lot of excitement going up there.”

Also in Division 1A, Young Munster completed their programme of regular season fixtures when losing out narrowly to UCD. A combination of that outcome and results elsewhere meant that Munsters’ missed out on the top four play-offs.

Thirty year-old Slattery has decided to hang up his playing boots after making more than 300 appearances for Young Munster’s at club level as well as lining out four times for Munster in the Pro12.Meanwhile,

Division 2B champions Old Crescent are looking forward to life in 2A next season after romping to the league title.

Crescent recorded 17 wins and a draw from their 18 league fixtures to finish 21 points clear of 2B runners-up Rainey Old Boys.

Crescent’s tally of 83 points was the most secured by any side in the five divisions of the AIL, while the Rosbrien side also scored 635 points over their 18 games, including 13 try bonus points.

Meanwhile, in Division 2C, Bruff are in a relegation play-off after leaving Omagh with a 19-14 loss on Saturday.

The losing bonus point would have been enough to keep Bruff out of a play-off but for Tullamore’s 30-point win over Bangor in the final round of games as the Co Offaly side leap-frogged Bruff into eighth place in the table on mere points difference.

Bruff’s Ulster Bank League status will be on the line when they face the runners-up of the on-going junior round robin series in a play-off game at Kilballyowen Park on Saturday, May 5.