Martin Kiely: Championship is the ‘Bacon and cabbage' of the GAA 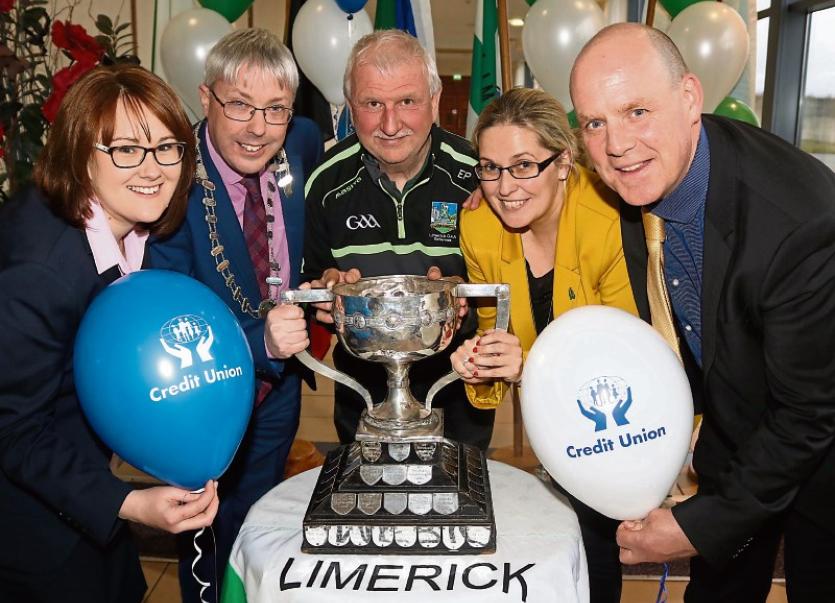 Club championships are the heart and soul of the GAA but one could be forgiven for thinking otherwise. April was to be set aside to allow clubs have full access to their players. Sadly less than half the counties will have club championships games this month and before it starts the grand proposal from Croke Park is doomed.

Thankfully championship games will go ahead in Limerick and this weekend the blue ribband of club hurling returns with the start of the senior hurling championship. Clubs didn’t have access to their players last weekend and many of them weren’t at all happy with that but if we beat Tipperary in the opening round of the Munster championship all will be forgiven.

Championship action is the bacon and cabbage of the club. It’s what players and managements look forward to. It’s the measure by which players are rated and hopefully this weekend we will see the emergence of players that might want to send a signal to the managers at various levels. I grew up at a time where championship hurling was first played in the Divisions and at its best we saw some outstanding games. It was spoken about for weeks before hand and no one wanted to give an inch to their neighbours. That cutting edge has slipped greatly in recent years as many rural clubs in particular struggle to survive.

Over the past few years Limerick have dominated the senior club championship in Munster with Na Piarsaigh unstoppable when they come out of the county. Indeed many of the closest games they had were within the county. They have led the way and one would hope that their success will inspire other clubs in the county. For as happy some might be to see Na Piarsaigh doing well I can assure you there are many around the county that will want to take them down a peg or two. That is natural and it wouldn’t matter who the club is. The success that Na Piarsaigh have enjoyed has been phenomenal. They have set a very high standard for others to follow, they have become a very confident team that now know how to win big games. It takes a fair bit of quality and patience to get to that stage and they will want to keep delivering on that stage for a while longer. Paul Beary has taken over as manager from Shane O’Neill and while his task will be difficult he is best placed and experienced enough to renew the efforts of Na Piarsaigh. The last few years has been demanding for the Na Piarsaigh players and returning so soon after losing the All Ireland will bring its own challenges. Their quality is not in doubt but finding the hunger at this early stage is the ingredient they will most desire this weekend.

Over the past few years we have looked on and awaited the arrival of Doon as serious contenders for championship honours. They have produced so many fine players over the decades but crossing the line to success at senior level has evaded them. Last year they came so close and Na Piarsaigh used all of their experience to get the better of them. A year on I would think many of the Doon players are developed more and for that reason one would assume that they will be well ready for this latest meeting with Na Piarsaigh. Both of these teams know each other so well. They have swapped titles at underage and little has separated them in so many games. Doon have changed management again and over the years they have had some really good hurling men guiding them. To win championships players have to take ownership and if Doon do that next weekend we can expect a very close contest between these teams. From an ability point of view Doon have the players. They need to express it and take Na Piarsaigh on up front. If Doon allow Na Piarsaigh set the tone then they will struggle to get a result. Players like Barry Murphy, Pat Ryan and Dean Coleman are good forwards. They have the gears to hurt Na Piarsaigh but unless Doon hurl as a unit they will not record an opening round win.

Winning the County title in 2016 meant a great deal to Patrickswell. From their point of view the famine was far too long. It looked like the old order had been restored. There was a time when Patrickswell won titles at will but that is no longer the case. The club struggled after losing so many great players at the same time and trying to replace such quality was and is a real challenge. They lacked the spark last year and the word is they are in good shape heading into this weekend. A scan of the team will show that they have many fine players but one of their major difficulties in recent years has been a lack of strength on the bench. That can be said of a number of clubs but championships are won now by the strength you can call upon. Gary Kirby is still the manager. He will know that Adare will bring a lot of focus into this game. Aaron Gillane has had a superb year for Limerick so far and if he is fit to play then their chances of staring off on a winning note will have greatly improved.

The last couple of years have seen Adare fall away badly in championship and with Ger O’Loughlin back in charge they will be expected to show greater energy and desire. There is little doubt that Adare have many quality players but for some reason they have not performed over the past couple of years. O’Loughlin enjoyed great success with Adare in past and he will be hoping to re-engineer better days again. It’s very much a local derby with Patrickswell and that will add some spice to this encounter. From Adare’s point of view they will want to lay a foundation that will carry into the summer. It will require them to play well but it will be no surprise if they come out on top.

The team that may require the most watching this year is Kilmallock. Now under new management I get the sense they have a huge hunger to return to the top of Limerick club hurling. They have a great base of young players and I expect them to have a major say in this year’s championship. They went tamely out of the championship over the past couple of seasons and that might be the fuel that drives them this year. John Brouder is now manager and he has brought in Jamie Wall from Cork as part of his management team. Wall guided Mary I College to Fitzgibbon Cup success and is widely respected. He will bring a freshness to them but he will also bring reality that success will not happen without massive work rate. If Kilmallock get all of the jigsaw together they will be very hard to beat.

The team that has improved most over the past couple of years has been Ballybrown. Yes they came up well short in the County Final but that aside they have made steady progress. They face Kilmallock and that is a very hard opening game. Such games can bring opportunities and while Kilmallock will be firm favourites Ballybrown will have no fear of them. The challenge for Ballybrown is to withstand the opening twenty minutes. Kilmallock have a habit of doing real damage in this period and if Ballybrown can cool the flames in that spell then this game could be much closer than expected.

It’s a big weekend of hurling action at various levels and I am looking forward to seeing some of the games also at Premier Intermediate level. Kildimo Pallaskenry have made great progress and they face a Bruff team that have struggled in recent years. Bruree and Garryspillane should as always be a close game while Blackrock and Feohanagh has the makings of a close contest. I see some games will be on TV and while that might be easy cash for the County Board it is of course another reason for people to stay at home.