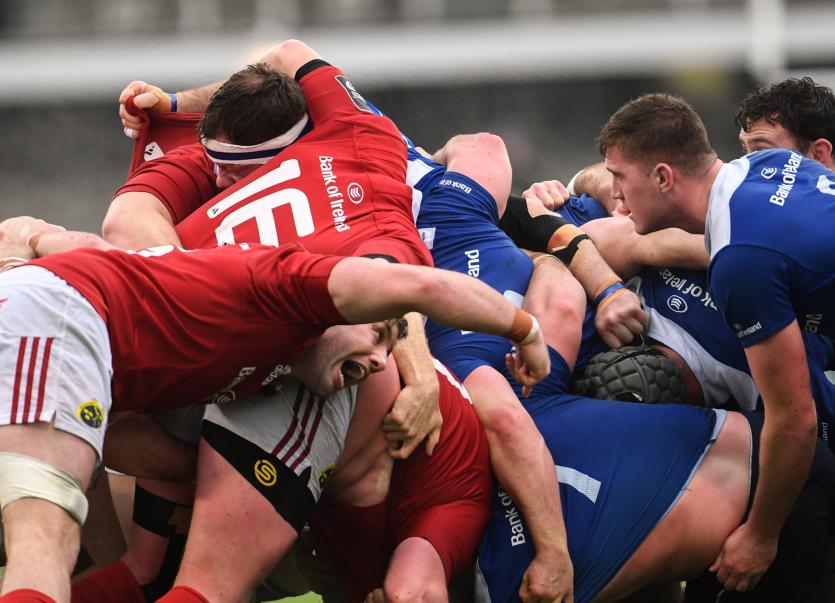 The IRFU have reached a vital crossroads in the future of the game in this country. The question now is, will they take the right path?
The Ulster Bank League regular season finished last weekend and the local rugby fan rejoiced as three Limerick sides will now ply their trade in the top tier next season.
Fans of Young Munster, Garryowen and Shannon are already looking forward to next season's local derbies with anticipation for what should be an intriguing set of fixtures.
Every conversation about Division 1A next season is quickly followed by chat about the British and Irish cup. A competition for Munster's 'A' side which they have been relatively successful in, in recent seasons.
The B&I Cup or the 'f-ing’ B&I Cup as it is known locally, has now come to an end. It is no more. The demise of this competition now raises question as to where Munster's squad players are going to get much needed game time.
The local Munster clubs hoped this would mean more game time for contracted players in the Ulster Bank League, however there seems to be some ‘chatter’ about the possibility of a replacement 'A' competition being sought by the IRFU.
Here is where the crossroads come in. Should the IRFU decide to blood their younger players in a new look ‘A’ competition, then the domestic league is once more lowered in the tiered nature of the rugby landscape.
If this is the case, the league clubs should enter into an agreement to not play or recruit contracted players. They should cut ties with the players and move on with their own domestically produced talent.
However, should the IRFU decide not to proceed with the ‘A’ competition, then they will need to look at the role their players can play in the domestic league. As it stands, there are limits on fully contracted players playing in the league, while over seas players are not allowed play in the league. Throw into the mix that Munster do not directly decide which club each player plays for and you cannot see where the confusion ends or starts for clubs.
In my humble opinion, the B&I should be replaced with a different kind of B&I - Building and Investment.
The IRFU and their provinces should build better relationships with their clubs through investment of time and some money to build a ready made league which could prepare their players for Pro14 action.
There is enough coaching and playing talent in the domestic league to keep Ireland's national success going, it is now just a case of the IRFU and their provinces recognising that for once and for all.