Janesboro back in limelight this weekend 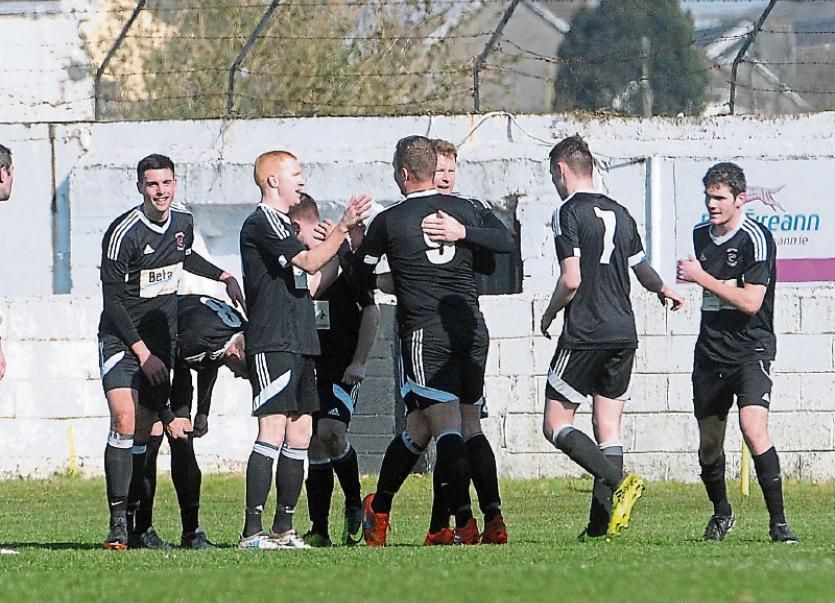 With Pike Rovers' exploits over the last couple of weekend's in the Munster Junior and FAI Junior Cups, Janesboro's relentless charge towards the Premier League title has gone largely unnoticed.

This weekend they take centre stage when they host Newmarket Celtic in the semi final of the Munster Junior Cup with an unusual kick off time of noon.

With Pike sitting pretty in the final, hopes are high that Janesboro can emulate their neighbours to set up an all-Limerick final.

However they face a formidable foe in Newmarket Celtic. The Clare Champions are still smarting from their FAI Junior Cup semi final defeat to Pike two weeks ago and they are determined not to fall at the penultimate hurdle again.

Regular attendees at junior games know the Celtic players nearly as well as most local sides such is the frequency that they provide the opposition and all are well aware of the threats posed by a front line led by current Irish striker Eoin Hayes.

Defender and Junior player of the year Stephen Kelly showed the threat he possess when scoring twice against Pike.

Celtic started slowly against Pike which cost them in the end. They will be on guard of letting the same happen again but how they plan to cope with the threat of the Boro front line could determine the outcome. Their front three of Keith Mawdsley (37), Shane Clarke (32) and Arron Nunan (21) have run up 89 goals between them to date.

'Boro will take heart from the fact that Pike scored three times in their outing and will feel they should be able to do the same.

With virtually no other games on offer, hopefully a big crowd will turn out to cheer on the Limerick side.

On Saturday Pike Rvs are in FAI Senior Cup action when they visit Cork side Avondale in a competition that is more of a hindrance than a help at this crucial stage of the season.

The Under 17 Div 3 Cup Final is scheduled for Saturday evening with neighbours Shelbourne and Ballynanty Rvs meeting at 7.00pm in Jackman Park.

Ballynanty Rvs caused one of the shocks of the season when they beat the League leaders Lisnagry in the semi final last weekend while Shelbourne beat Mungret to seal their place.

In the Premier League focus is on the foot of the table. Holycross' survival hopes are all but dead if they fail to get something at home to Regional Utd.

The two sides battling it out to escape the second relegation spot meet each other when Charleville host Moyross. The sides are locked on the same points but the Cork side have two games extra played. They cannot afford to lose this one.

Tonight (Wednesday) the O'Halloran Cup continues with Prospect Priory and Fairview Rgs battling it out for a place in the final.