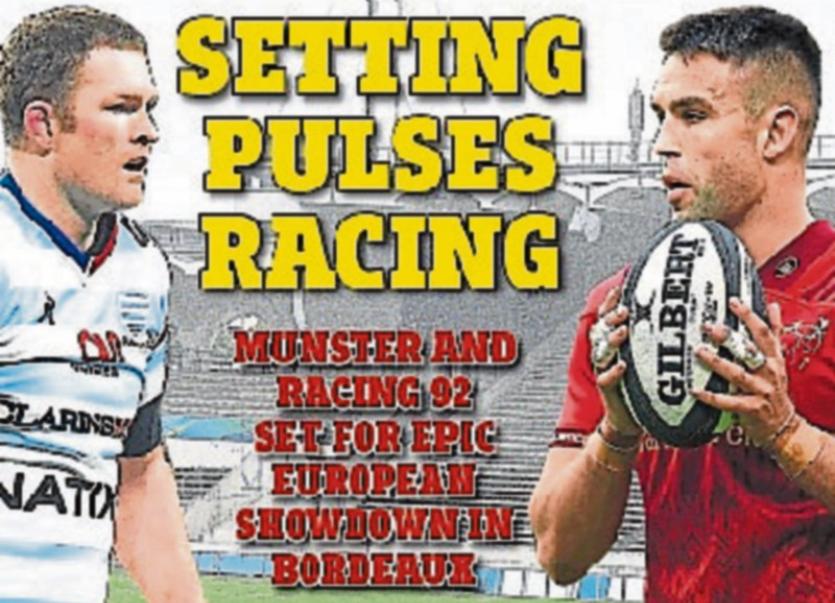 Munster have won just two of their seven previous away semi-finals.

The availability of the in-form Earls, who injured his knee playing for Ireland in the Grand Slam clinching clash with England on St Patrick’s Day, would be a significant boost to Munster.

Van Graan said it is possible the flying Limerick winger will be available.

Asked how realistic it is that Earls would be available for the game in Bordeaux, Van Graan said: “I think it’s realistic. Obviously he hasn’t trained. He’ll be on the field with the team Wednesday, and Thursday, and we’ll make a call after that.

“I really hope that he’s going to be good. I think that he’s been in fantastic form. He wants to be right but at the end of the day we’ll make a good decision putting the player first.

Van Graan said Munster would make a call on the fitness of both back-row Jack O’Donoghue, ankle injury, and prop James Cronin, stinger/shoulder injury, will be made on Thursday.

“Firstly, building relationships. Teams don't get to tour that much. We went to some fantastic places in South Africa and the people were really good to the team.

“We also used our time smartly. We trained hard.”