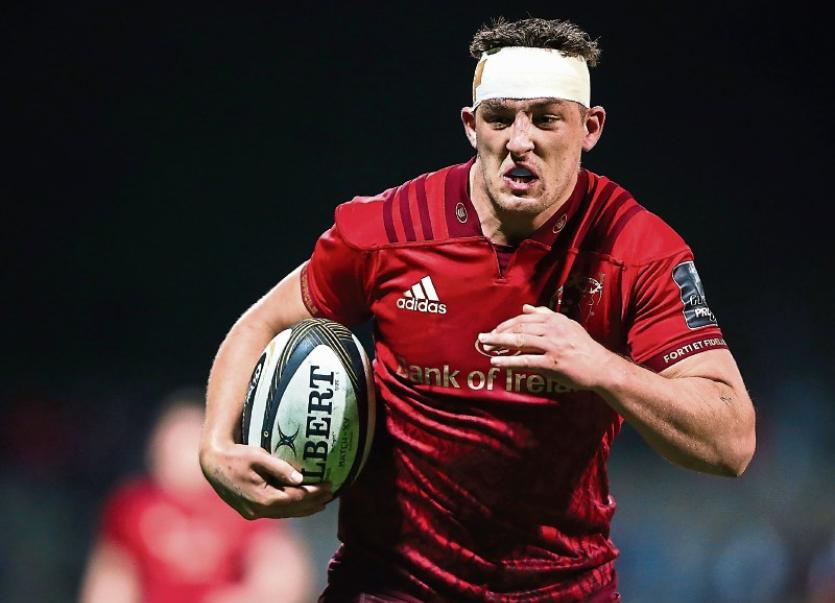 Dan Goggin continues in the centre for Munster

THERE are nine changes to the Munster team to face Guinness PRO14 Conference A rivals Cheetahs in Bloemfontein on Friday night.

Head Coach Johann van Graan has opted for change in all sectors for the tie, which has a 6.35pm start, Irish time, and it live on Sky Sports.

Zebo starts at full-back with Conway and Sweetnam on either flank while in the centre Arnold joins Dan Goggin, who scored his first Munster try last week.

JJ Hanrahan moves from full back to out half for the clash with James Hart at scrum-half.

Versatile prop Brian Scott makes his second start of the season, his first at loosehead, as Niall Scannell and John Ryan maintain their places in the front row with Ryan set to make his 120th appearance for the province.

Holland returns to partner Gerbrandt Grobler in the engine room and it’s all change in the back row as captain O’Mahony, O’Donoghue and Copeland are all back in the starting team.