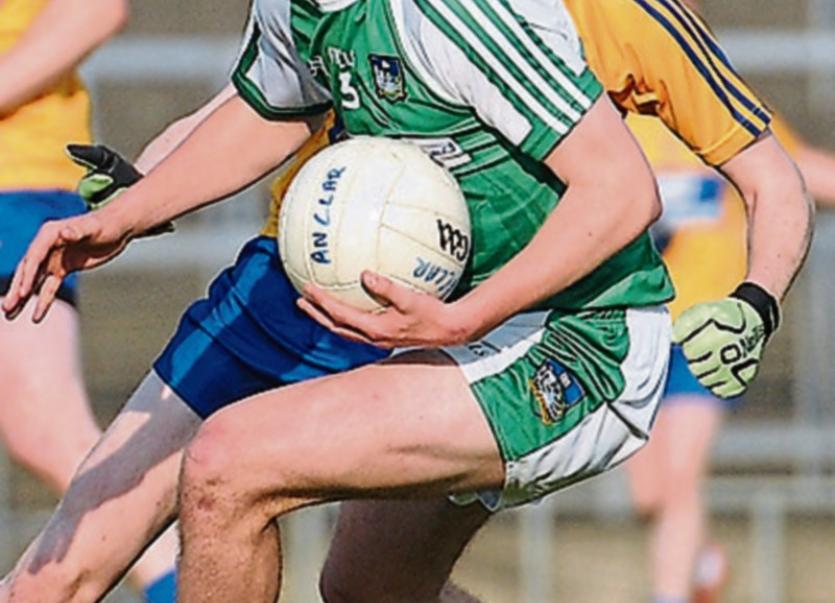 DEFEAT for Limerick in round one of the Munster minor football championship this Wednesday night in Cusack Park in Ennis.

It finished Limerick 2-9 Clare 3-13 – a seven point defeat after Limerick had trailed by 11-points at half time.

Eight of the nine Limerick points came from frees.

It’s the sixth successive season that Limerick have lost to Clare in the minor football grade.

Limerick must now regroup for a backdoor play-off next Wednesday, April 18 – at home to Tipperary.

Limerick scored just once from play and it came in the first 30-minutes – full back Craig Carew surging forward in the 21st minute to point. Patrick Galllagher frees accounted for the other three Limerick scores in the half.

And, the 11-point interval deficit came after Limerick almost goaled inside the first minute – Eoin Murphy dancing around the defence to set up John Hayes but his close range shot was smothered.

Up the field went Clare and they were 1-2 to no score clear by the fifth minute – Mark McInerney goaling after centre back Cillian Rouine soloed through the heart of the defence.

A Gallagher free opened the Limerick account but Clare continued to dominate against a jittery looking Limerick. The teenagers in Saffron and Blue were 1-5 to 0-1 ahead before the next Gallagher free in the 14th minute.

Carew had the only Limerick score from play inside the final 10-minutes of the half but Clare ensured there was daylight between the teams at the interval when Shane Meehan punished an error to score the second Clare goal in the 29th minute.

After all the first half scores there was just a single score for either side in the opening 15-minutes of the second half – Gallagher with his fourth Limerick free after two minutes and Shane Meehan with his fourth point from play for Clare after five minutes.

Limerick went close to goals through Paul O’Shaughnessy and Keith O’Kelly and finally, 17-minutes into the half did find the net.

The goal was created by captain John Hayes and finished to the net by Paul O’Shaughnessy.

Clare hit back within five minutes with McInerney getting his second goal to leave it 3-11 to 1-5.

Eight minutes from time, captain John Hayes had the second Limerick goal and it was 3-11 to 2-5.