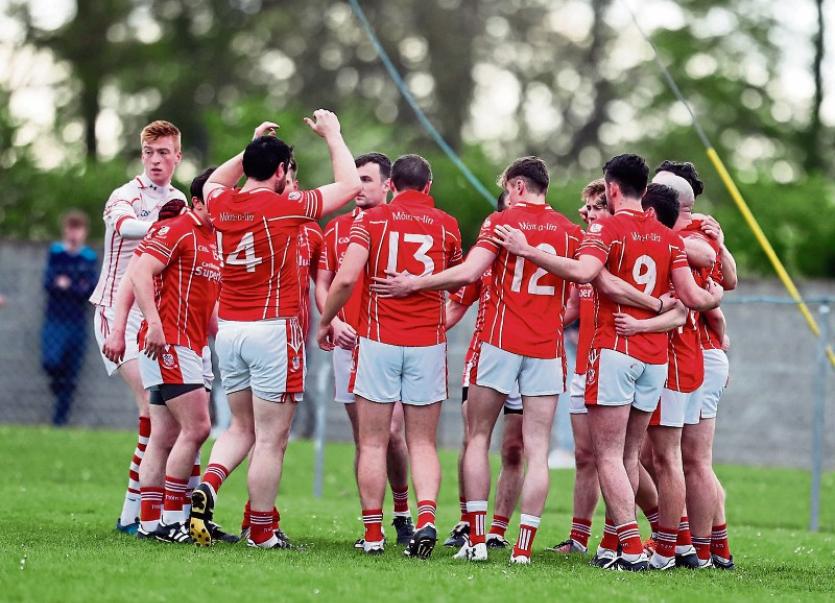 TWO weather enforced postponements mean that Monaleen play twice in 72-hours in the Limerick SFC this week and then wait 14-weeks for their next game.

This Thursday, Monaleen v Na Piarsaigh takes place in Claughaun, while on Sunday Monaleen v St Senans is set for Clarina – both with 6.30 starts.

Round three is in the Master Fixture list for July 19-22.

Ahead of the completion of the opening two rounds, champions Adare and last year’s finalists Newcastle West remain unbeaten.

There are also four Limerick U-21 hurling finals to be decided.

On Sunday (12noon), in Hospital, the Limerick 13-a-side U-21 Hurling Final pits Knockainey with Glenroe.

Limerick U-21 A Hurling Final

Limerick U-21 B Hurling Final