On The Ball: Hurling progress but Munster SHC the real test - Jerome O'Connell 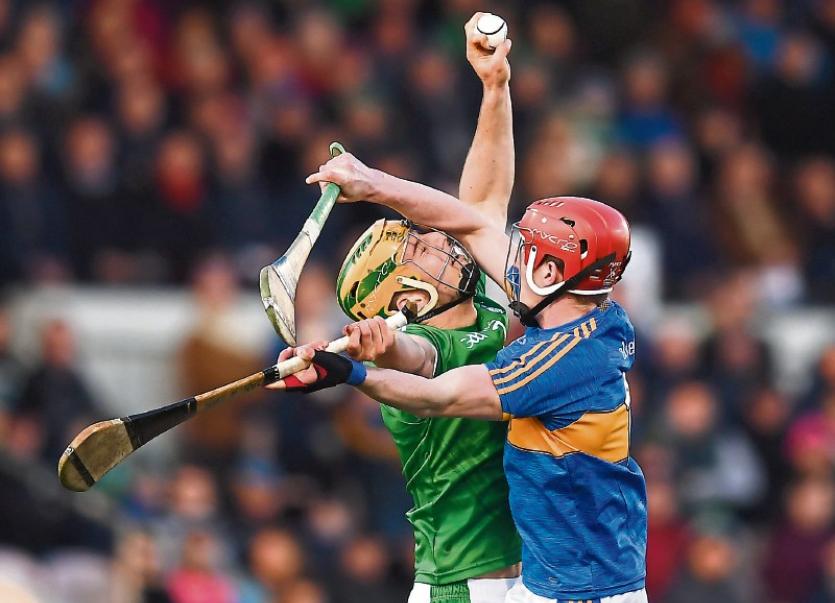 My ball: Dan Morrissey of Limerick in action against Billy McCarthy of Tipperary during the Allianz League semi final

DEFEAT for the third successive year at the semi final stage of the Allianz Hurling League for Limerick but there are positives aplenty.

For the first time in a number of years there is a growing sense of optimism surrounding Limerick’s GAA flagship team and with good cause.

The inter-county hurling season can be divided into five periods but for most the real games are yet to start – championship time.

In Period Two, Limerick won promotion from Division 1B of the Allianz Hurling League to end eight years in the second tier – beating Galway, Dublin, Offaly, Laois and Antrim.

In Period Three, Limerick reached the Allianz Hurling League semi final – beating Clare but losing to Tipperary in the knockout stages of the league.

In Period Four, Limerick will play Tipperary, Cork, Waterford and Clare in the new-look group system in the Munster SHC.

Period Five is the All Ireland SHC and Limerick will only be involved beyond June 17 if they finish in the top three places in the Munster SHC group table.

The bookies suggest Limerick won’t finish in the top three – 5/1 is available for the men in green to win Munster honours; listing them behind Tipperary, Waterford and Cork.

Nonetheless optimism is growing across Limerick and while there are two rounds of club hurling championship in the coming weeks, focus has quickly turned to the Munster Championship for Treaty supporters.

Between league and championship, only one question dominates – what will the championship team be?

There is no denying that manager John Kiely and his selectors Paul Kinnerk, Brian Geary, Jimmy Quilty and Alan Cunningham have options.

A total of 31 players were used in the 10 games so far this season – almost one third of them don’t have championship experience.

Na Piarsaigh have 10 players on the current 43 man inter-county panel and four of those – Peter and Mike Casey, Shane Dowling and David Dempsey – started both Limerick’s championship games last year against Clare and Kilkenny.

That quartet and their Na Piarsaigh colleagues don’t have much time to force their way into the starting plans of John Kiely for May and June but with four championship games across five weeks, a strong panel will be required.

Aaron Gillane played as a sub last year but looks set for be among those to get a starting role this time round. He Patrickswell club-mate Diarmaid Byrnes missed the 2017 championship through injury and looks another guaranteed starter.

Limerick will welcome Tipperary and Waterford to the Gaelic Grounds with away games in Cork and Clare.

So exciting times ahead and rightly or wrongly, 2018 will be judged on what’s the come not the 10 games already played.