On The Ball: Munster's stroke of luck may well be sign it is their year - Donn O'Sullivan 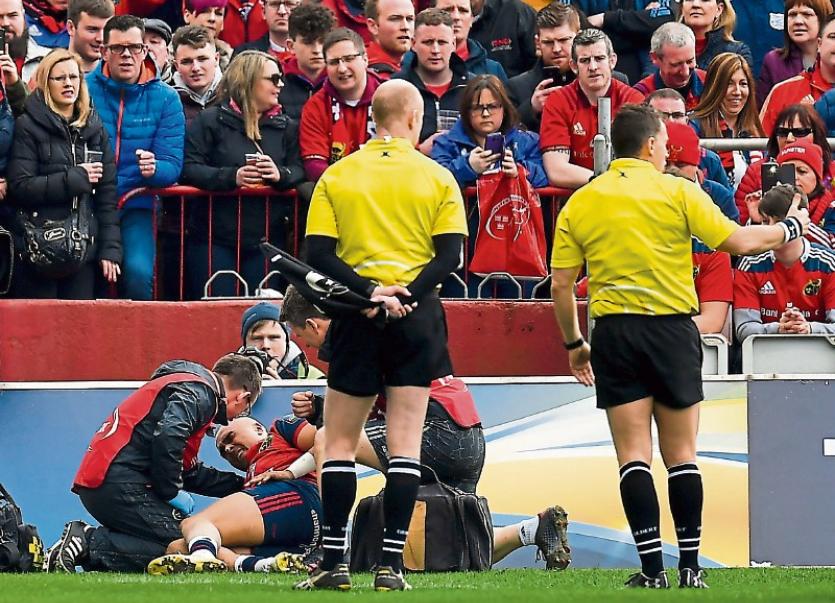 You might often here the phrase, “Oh, their name is on the cup” Well there might be some truth to that for Munster this season.

Last weekend's win over Toulon will live long in the memory of Munster fans all over the World.

The province are now just 160 minutes away from their third Champions Cup title and with Leinster, Scarlets and Racing 92 between them and that cup, they will have nothing to fear.

When teams are chasing silverware, in a game as technical as rugby, a hell of a lot has to go right for you to win a game, never mind a competition over several months.

Lineouts and scrums need to be close to perfect, while a missed tackle here or a slip there can end a season in the blink of an eye. t

Traits that all good teams have are attention to detail, a focus on the end goal and most of all, luck.

Munster might not have had great luck in recent weeks with injury, but they may have used up all of their luck last Saturday afternoon in one incident very early in the game.

I don't blame anyone who is reading this and doesn't remember same. There was a hell of a lot going on after it, but Simon Zebo's coming together with Chris Ashton after just 48 seconds of the game, could well be the most defining moment of Munster's season should they go on and win the competition.

Zebo knocked the ball dead, which, in line with the law, should have been a yellow card and an automatic penalty try. You can see the look of disbelief on the Toulon player's faces as referee Nigel Owens decides that it was a knock on by them. They say, “it is better to be born lucky than rich” - Let's all hope, with this incident, that Munster are not overdrawn in the luck account.