Munster versus Southern Kings to be televised live 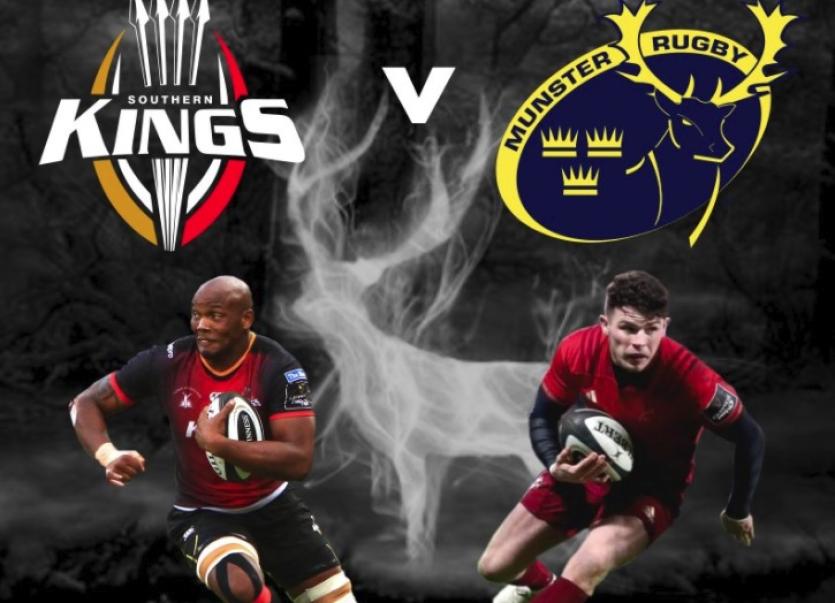 A poster for this weekend's game in South Africa

Munster's Pro14 clash with the Southern Kings this Saturday in South Africa is to be televised live on TG4. Up until this morning, the game was due to be only available on TV in South Africa, however TG4 has now been confirmed as the station which will broadcast the game in Ireland.

The Munster men will then face the Cheetahs on Friday, April 13 at Toyota Stadium, 7.35pm local time.
For the return journey, the Munster squad and management team will depart from Johannesburg to arrive in Dublin on Sunday April 15.
Munster's two weeks in South Africa are seen as ideal for the squad to prepare for the upcoming Champions Cup Semi final with Racing 92 i on the weekend of April 21-22.
Looking forward to the tour to his native South Africa, Munster head coach Johann van Graan said:
“It's an interesting scenario, when I took the job it was one of the first things that I saw”
“At that stage, getting to a quarter-final (in the Champions Cup) was a long way away. To play in a quarter-final, hopefully win it, fly to South Africa, play two away games in the PRO14, one at altitude and then fly back and go into a European semi-final was always going to be, if you think about it, tough. Now, it's a reality.
“We've planned for it, we've said we're going to enjoy the tour even though nobody has even spoken a word about it. We'll just get to South Africa now and re-assess once we get there.
“We will get back to zero, play two games there whilst having a big eye back north for when we come back for that Champions Cup semi-final.” added the head coach in his first season with the province.