'This is why you coach' - Munster head coach Johann van Graan 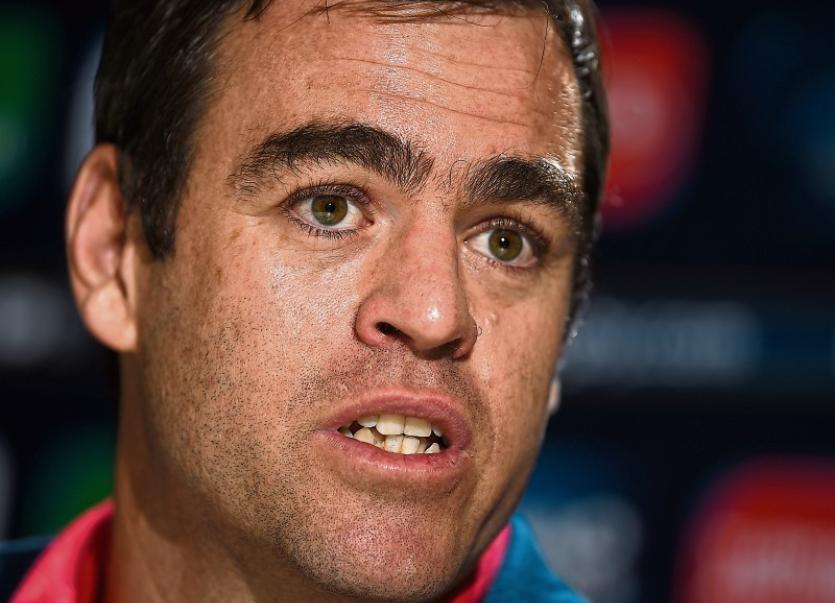 Two-time European Cup winners Munster have lost only one of their previous nine home quarter-finals, that to Ulster in 2012.

Munster hold the record for the most quarter-final wins overall, with 12 successes for their 16 previous appearances at the last eight stage.

While historically, home clubs have a 77% success rate at the quarter-final stage, injury-hit Munster will be wary of the threat three-time winners Toulon pose, especially in the wake of their 49-0 demolition of Clermont Auvergne in the Top 14 on Sunday.

Saturday will be the fourth meeting between Munster and Toulon in the European Cup, with the French side leading the head-to-head 2-1, including a semi-final victory in Marseilles in 2014.

Munster secured home advantage for the quarter-finals by winning four and drawing one of their six pool fixtures.

Munster head coach Johann van Graan admitted it was for the opportunity to be involved in marquee fixtures like Saturday that he came to the province.

“Even when the final whistle went on Saturday evening (after Scarlets) you went 'okay, this is it'. After the Castres game that was more an enjoyable game.

“Maybe a different type of game with the delayed kick-off and the excitement of getting through to a quarter-final but this is knock-out rugby now, this is why you coach and this is why you're part of rugby, for days like Saturday.

“We've got 80 minutes of rugby, at the end of the day it's a rugby game at home. Even the small crowd that came out on Saturday at Thomond Park, they made a lot of noise.

“That's why you work for home-ground advantage. Four teams worked exceptionally hard to get home quarter-finals and we're one of them. You've earned it but at the end of the day it's an all-new competition now.

“Hopefully when that ball goes up into the air one or two moments will go our way and hopefully we can get some momentum and play some good rugby.”

Given Munster’s lengthening injury list and the star-studded nature of the Toulon squad demonstrated in their 49-0 thumping of Clermont Auvergne last weekend, some pundits see the home side as being vulnerable this weekend.

Asked why he thought Munster can derail the Toulon juggernaut this weekend, Van Graan said: “The Munster way. Rugby games are won in the hearts of men. Back the people of Munster to pull us through.

“Goosebumps when I say things like this, but sport is about doing the unthinkable, go to where other teams aren’t prepared to go.

“When you see things like this, you really do respect the opposition because you know they might take you apart.

“You want to go to war with warriors. I saw warriors this morning and everyone is ready to go.

“Saying things, put your body on the line, workrate off the ball, gets tested in games like Saturday. That’s what Munster is about.”

Munster are set to be boosted by the return to the starting line-up this Saturday by three key members of Ireland’s Grand Slam-winning squad, scrum-half Conor Murray and back-rows Peter O’Mahony and CJ Stander.

Van Graan is also expecting the remaining members of the side to step up in the face of Toulon’s formidable challenge.

“Yeah, that’s what dreams are made of. I haven’t heard about a lot of heroes that were born in times of peace.

“In big games, you want guys to come through and win the games. There are so many opportunities, guys are playing for the first time in big games. I think it was proved on Saturday.

“Last Saturday wasn’t about individual performances against Scarlets, it was a battle, we met what came our way front on.

“Maybe one pass, one kick through, one decisive tackle would be the difference and it might be remembered, it might come down to one player, one moment.

“Twenty three guys will have that opportunity but the most important thing is always be the team.”

Asked if Munster would need to beat Toulon up physically to prevail, Van Graan said: “I think you've got to pick your fights, just in terms of the laws of physics they're just bigger than us so you need to find ways to outmanoeuvre them in certain areas.

“All of those things sound very nice but you've got to actually do it against world-class opposition.

“We'll go about our business quietly and we'll wait for Saturday afternoon.”

Munster will face either Clermont or Racing 92 in France in the semi-final if they overcome Toulon.