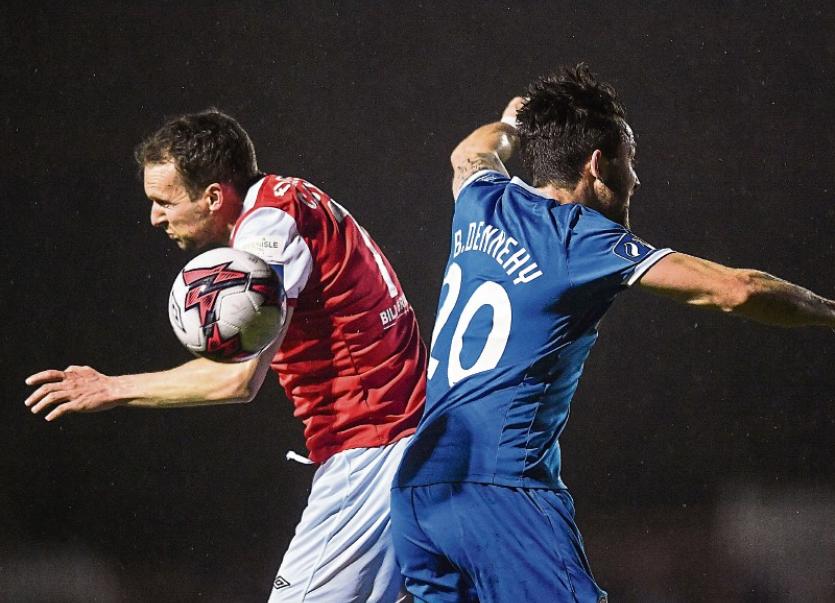 Limerick FC suffered a frustrating 1-0 defeat away to St Patrick's Athletic on Friday night last, the Blues third loss in four fixtures. The Blues have struggled to score goals this season, managing to find the net just four times in their opening eight league games.

The total is the joint least number scored along with bottom side Bray Wanderers. Waterford arrive in Limerick on the back of a 2-1 home victory over Shamrock Rovers on Friday night.

A brace of goals from Courtney Duffus helped Alan Reynolds’ Waterford side beat old rivals Rovers in front of 3,010 at the RSC. The Dubliners did play the final 80 minutes of the game with 10 players following a sending-off.

Waterford FC advanced to the EA Sports Cup Second Round on Monday night after scoring a 4-1 win at home to UCC. Waterford may be in excellent form ahead of their visit to Garryowen, but Limerick boss Tommy Barrett is relishing the challenge.

Barrett said: "Waterford are flying. They had a good win on Friday night against Rovers, I thought they might win the game to be fair. It was a great win for them.

“They won't get anything easy against us either.”

Barrett was frustrated with Friday night’s result away to St Patrick’s Athletic.

“The effort was good again. The pitch was good, no excuses. We needed to play a bit more, we didn't start playing until we went a goal down.

“We needed to be a bit braver earlier and take the game to them a bit more. We didn't really look like scoring bar a few balls into the box the last few minutes, so we need to do more in that regard.

“I can't fault the boys for effort and in the last few weeks they have been brilliant, but it's fine margins. You have to keep the concentration levels.

“That has happened us the last two games, three games, we conceded two penalties and a free kick into the box and when you are playing against teams in this Division you have to keep your concentration levels and come away with a point. If you can't win, get a draw.

“We are not going to make excuses about injuries, the boys still did well. We had enough on the pitch to win a game. There was nothing in the first half, I think it lacked a bit of intensity, both sides were sussing each other out.

“I would prefer if we got on the ball earlier, because we have good player who can play. We have to be braver and go and try and play in these places, especially when the pitch is good which it was tonight.”

Friday night’s game is the first of two fixtures Limerick FC will face in the space of 72 hours over the Easter weekend.

Limerick will hosts First Division Cobh Ramblers in the second round of the EA Sports Cup at the Markets Field on Easter Monday, 5pm.

The second round draw will also see holders Dundalk travel to Richmond Park to face St Pat's, while Waterford take on Cork City.