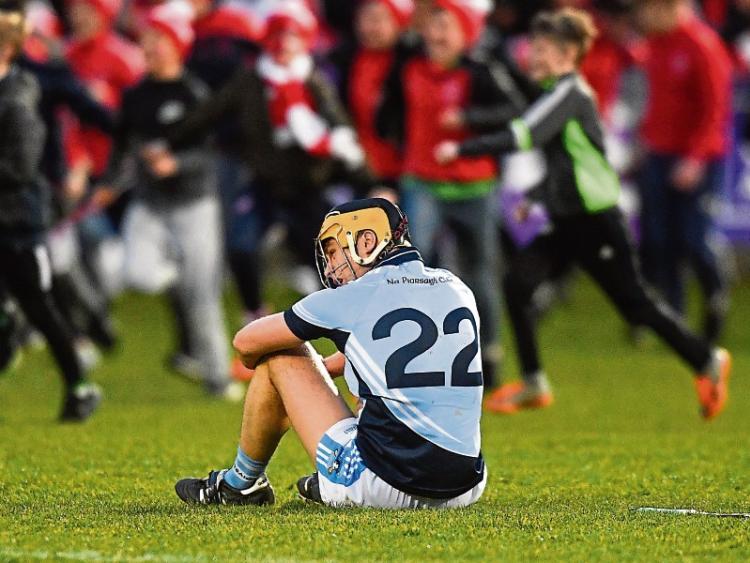 When the final whistle sounded only a puck of a ball separated Na Piarsaigh and Cuala in the replay of the All Ireland club final in O’Moore Park last Saturday night in Laois.

This was a classic in many ways and the honesty of effort of both teams produced a game that will live long in the memory.

It looked like it was heading for extra time after Na Piarsaigh hauled back a six point margin to go level but credit to Cuala for the manner in which they saw out this game.

They showed real qualities to score three points in the three minutes of added time. Good teams win one All Ireland but great teams win two and Cuala certainly are in that arena.

Na Piarsaigh battled really hard and lesser teams would not have come back after Cuala scored the two goals. It was a game of high drama, a game that produced some outstanding scores and a game that kept supporters on the edge of their seats to the final seconds. It was a heartbreaking finish for Na Piarsaigh but to Cuala’s credit they produced some remarkable spells of hurling to contain the massive drive by Na Piarsaigh.

It can be said that Cuala learned more from the replay. They place a lot of store in video analysis and that told them they had not battled enough in the drawn game.

Na Piarsaigh have a lot of quality but the tighter environment of O’Moore Park didn’t suit them. Cuala out battled them and they worked harder and that was one of the major differences between the teams. Time after time Cuala dominated the Na Piarsaigh half forward line but they were assisted by the continuous supply of long puck outs to this area. Cuala had their homework done and they reaped the rewards in an nail biting encounter.

Na Piarsaigh’s effort was significant given that many of the players we would expect to deliver failed. They needed everyone to play to form because the pace and work rate of Cuala was outstanding. Cuala foundations was in football but over the past few years they have really taken hurling in South Dublin to a new level.

Their players are very grounded and men like Eddie Gough have played a major part in developing hurling in the club. The club is really well financed and the sponsorship the club enjoys would match most of the major counties.

Na Piarsaigh were hampered as Mike Casey was sick going into the game. In hindsight should he have started? He was clearly not well and it might have been better to put Cathal King full back and bring Tom Grimes into the half backline. Cuala were totally dominant in the air and Na Piarsaigh were struggling to come close to them in this area.

It was a very close first half and one that saw Adrian Breen deliver a five star performance. Five balls came his way, he scored four points and also saw a couple of different markers. His contribution was significant but he was very much on his own.

Others in the forward line were well hurled and credit for that goes to Cuala as players like Sean Moran were majestic. Na Piarsaigh had no answer to him. They also struggled at midfield where Shane Dowling was unable to match the pace of Darragh O’Connell. The Kerry man had to move to the full backline and he was equally impressive there.

Cuala hurled with a siege mentality in the second half. They were relentless as they showed a massive hunger to win this title.

Those two goals they scored in a minute should have put Na Piarsaigh away but they found resolve some where to haul back six points. It was a huge effort but when David Breen scored a goal it resulted in cutting the margin and also lifting his team. They threw everything at Cuala and they managed to level the game.

Extra time looked a real prospect. Cuala had the gears to see the game out and on the day they were the better team. Referee Paud O’Dwyer made some questionable calls against Na Piarsaigh and over the two games Na Piarsaigh didn’t exactly get too many breaks with Cuala awarded 38 frees with Na Piarsaigh just 15. From those frees Cuala scored 1-22 while Na Piarsaigh scored just 0-7.

This All Ireland club final was one of the best we have seen for many years. For Na Piarsaigh defeat will be difficult to handle but there was no shame in the way they lost this final. They have dominated Limerick and Munster hurling for the past few years and they will have little time to recover as they face Doon in the opening round of the local championship in a few weeks. Na Piarsaigh have done themselves and Limerick proud.

They have raised the standards and other Limerick clubs will benefit from that. Shane O’Neill had a very successful tenure and his guidance played a significant part in Na Piarsaigh’s progress.